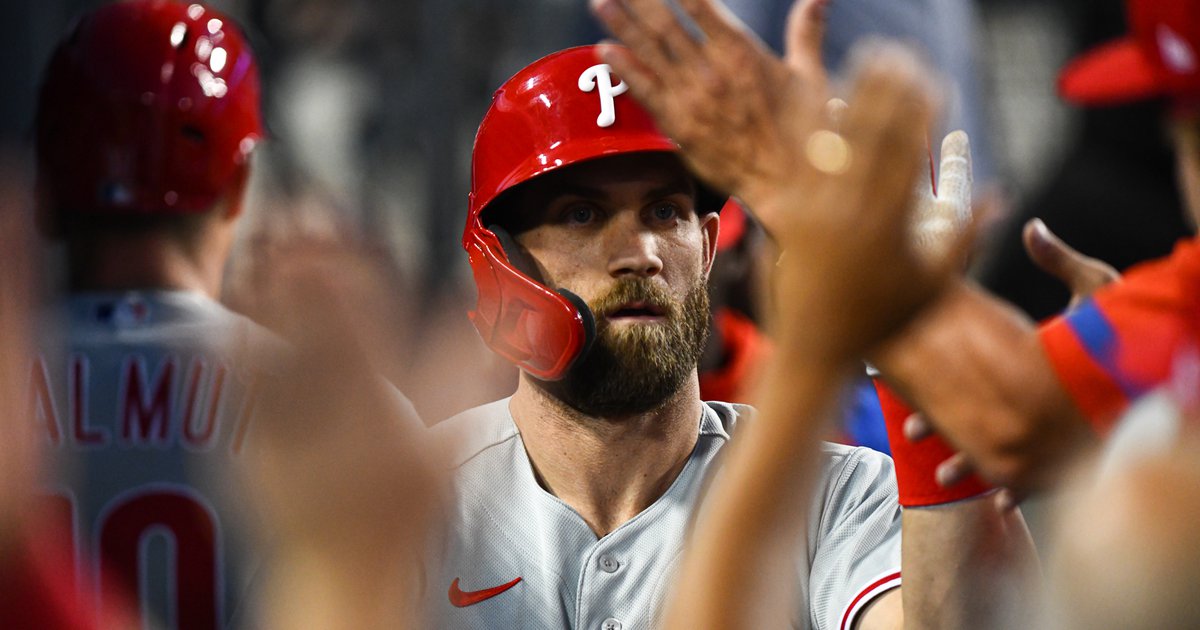 Bryce Harper may not be looking to just get back into the Phillies’ lineup, a return to right field could be in the cards too.

Per the Inquirer’s Scott Lauber, Harper has resumed his throwing program after having the pins removed from his surgically repaired left thumb on Monday. He’s having light catches from about 55-60 feet on top of beginning to take swings again, which is good news for the reigning NL MVP’s recovery and hopeful return, along with the Phils’ postseason hopes.

“There’s no guarantee of that, but we’re hoping that that’s how it plays out,” interim manager Rob Thomson told Lauber before Wednesday’s game down in Atlanta. “We’ll work that throwing program, progress him out to where he can throw 100% — or close to it — and then we can get him out there.”

Harper was taken out of right field in May and kept in the lineup exclusively as a designated hitter after suffering a small UCL tear in his right arm. Throwing wasn’t going to be an option for a while, but he could still swing a bat and was as impactful as ever in doing so.

Slashing .318 with a .984 OPS, 15 home runs, 21 doubles, and 48 RBIs, Harper was one of baseball’s most effective hitters and largely kept the Phillies in the postseason picture before a Blake Snell pitch caught him inside and broke his thumb back on June 25.

The Phillies have managed in the time since, standing at 55-48 with a hold of the third NL Wild Card spot heading into Wednesday’s game against the Braves, and brought in some reinforcements through the trade deadline with Edmundo Sosa, Brandon Marsh, Noah Syndergaard, and David Robertson. Jean Segura is on the cusp of returning too.

But the Phils can absolutely use, and probably need Harper in a playoff push, especially if he’s cleared to play the outfield again.