Phillies mock draft roundup: Another arm for the farm 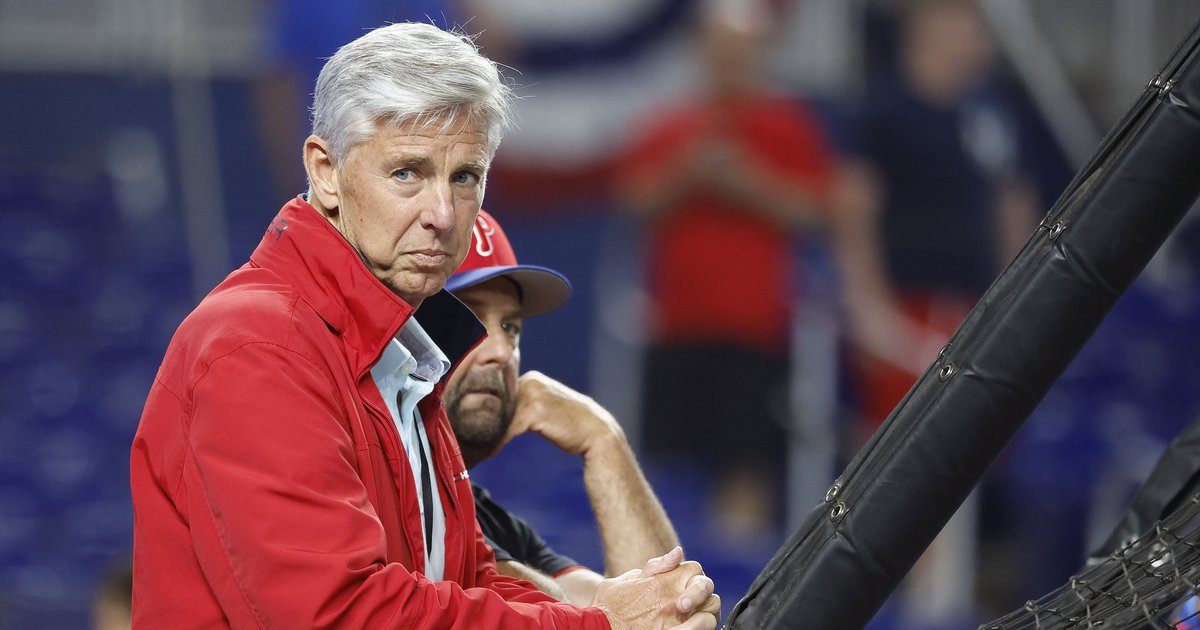 The MLB Draft begins Sunday night and the Phillies will look to keep bolstering their farm system after it looks, so far, that they may have found hits in pitching prospects Mick Abel and Andrew Painter the past two summers.

Drafting and development have long been the Phillies’ Achilles heel, as our own Evan Macy wrote earlier Friday, so it’s critical long-term that the organization gets this right.

The Phillies will have 19 picks in the 20-round draft starting with the 17th overall selection (they won’t have any in the second round because of Nick Castellanos’ signing) and in a roundup of mock drafts from across baseball, they look likely to go with pitching again in the first.

Here’s where the predictions stand heading into the weekend:

And here’s the rationale:

Horton on the radar

High school pitcher Brandon Barriera out of Florida may be the most popular name linked to the Phillies in the middle of the first round, but there’s uncertainty in whether he’ll still be available by the time the Phillies get to pick.

Cade Horton may not be a bad backup plan, though. Oklahoma’s freshman righty was on an absolute tear in the Sooners’ postseason run, capping it off with an NCAA-record 13 strikeouts in the College World Series finals.

That’ll definitely get you on the radar.

Horton jumped into first-round conversations with his ridiculous postseason run and I keep hearing his name rising, with him coming up in the teens now. The high school lefties, Barriera and Snelling, still come up here as well. (MLB.com)

Instead, Tennessee outfielder Drew Gilbert might be their guy.

I think Philly wants Brandon Barriera here and they’ve been tied to Brock Porter and Robby Snelling, but I think it also may be reductive to assume they’d just take whichever prep pitcher gets here because they’ve found success with prep pitchers the last two years.

Gilbert has momentum into the top 20 at a number of picks in this area. I don’t have a ton of clarity here, but I’m leaning towards a position player if Barriera isn’t available. Connor Prielipp is another possibility. (ESPN+)

CBS Sports also links the Phillies to the draft classes high school arms, but again, is unsure if they’ll have the ones they want available to them.

If that’s the case, it’s the college route again, but this time with Gonzaga righthander Gabriel Hughes, who has a career ERA of 2.75 with the Bulldogs.

It’s easy to think the Phillies will go after another high school pitcher after hitting so big on Mick Abel and Andrew Painter with their last two first-round picks, but with Brandon Barriera, Dylan Lesko, and Brock Porter off the board in our mock draft, it makes more sense to go with the best available college arm than shoehorn a prep pitcher to Philadelphia just because. Hughes stumbled a bit late in the season but offers a great combination of upside and probability. (CBS Sports)

The Athletic’s Keith Law also believes the Phillies go for a college pitcher as they’re likely to see him get to the majors faster, or at the very least, bring immediate trade value.

Lefty Carson Whisenhunt was the name he zeroed in on. He didn’t pitch for East Carolina this season after testing positive for a banned substance, but looked good when he returned the mound in the Cape Cod League.

I’ve heard that the Phillies are disinclined to take a high school pitcher in the first round for the third year in a row, and I would imagine given the state of the major-league club that team president Dave Dombrowski would prefer to get someone here who’ll either see the majors faster or produce trade value as soon as this winter. That would point to college guys like Whisenhunt, who only pitched on the Cape this year and could go right to the minors after the draft; Rocker, who also has barely pitched this season and could conceivably see the majors in relief this year; or an advanced bat like Drew Gilbert, Delauter, etc. This isn’t a guarantee they go college, just that it’s more likely. (The Athletic)

If it ain’t broke…

Finally, The Sporting News’ Edward Sutelan does have the Phillies ending up with Barriera, a promising lefty out of Florida’s American Heritage High, to continue the run started with the picks of Abel and Painter.

The Phillies have gone back-to-back with prep arms in the first round in the past two years with Mick Abel and Andrew Painter. This time, they’ll go with a prep left-hander. Brandon Barriera is the best high-school pitcher left on the board, and would fit their mold of high-upside, young arms. (The Sporting News)