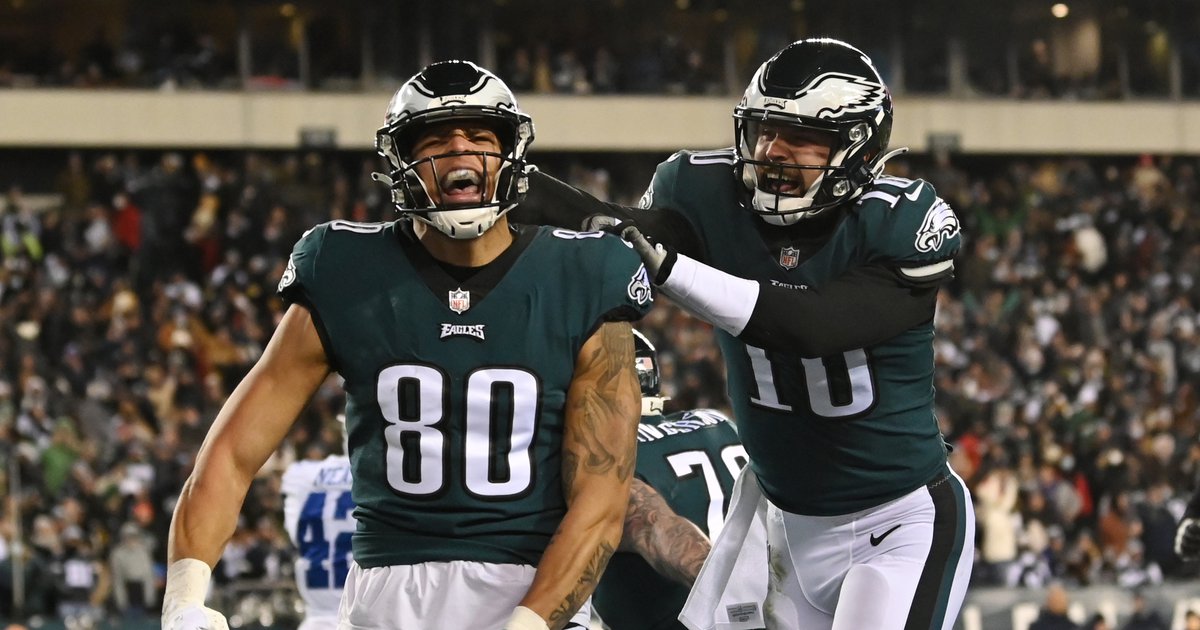 The benefit of the PUP list is that a player is eligible to come off of it during training camp, or, if the team deems it necessary, after the first four games of the regular season. Once the regular season starts and the player remains on the PUP list, they must spend the first four weeks on the PUP list, and they would not count toward one of the 53 roster spots. (They would still count toward one of the 90 roster spots while on PUP during training camp.)

The Eagles typically do not announce players headed to the PUP list until after they report for camp, in case any surprises emerge from the players’ time off. While Jackson and Toth will go on PUP, that does not necessarily mean there won’t be more players on it as well.

Entering 2021 training camp, Jackson was thought of as an intriguing developmental player who was transitioning from quarterback to tight end. At 6’7, 249 pounds, Jackson has excellent size for the position, and athleticism to go along it with. However, being new to the position, it was expected that progress would come along slowly.

Jackson exceeded expectations, making several nice plays each day throughout camp, while showing surprisingly good hands and continuously improved route running, to the point where he was looking like a lock to make the team. Unfortunately, Jackson injured his back (an 8-10 week injury) during joint practices against the Patriots, causing him to miss eight regular season games. In the Eagles’ meaningless Week 18 game against Dallas, Jackson caught his first career TD pass, but he also tore an ACL later in that game.

Jackson remains an intriguing player that the team will try to continue to develop, but for now he is still rehabbing his knee.

Toth also tore an ACL in that Week 18 game against Dallas. He has mostly played at offensive tackle for the Eagles, but interestingly, he played center in that matchup.

Toth has appeared in nine games in the Eagles’ regular offense over the last two years, despite being a fringe roster guy who has ping-ponged back and forth between the Eagles and Cardinals.