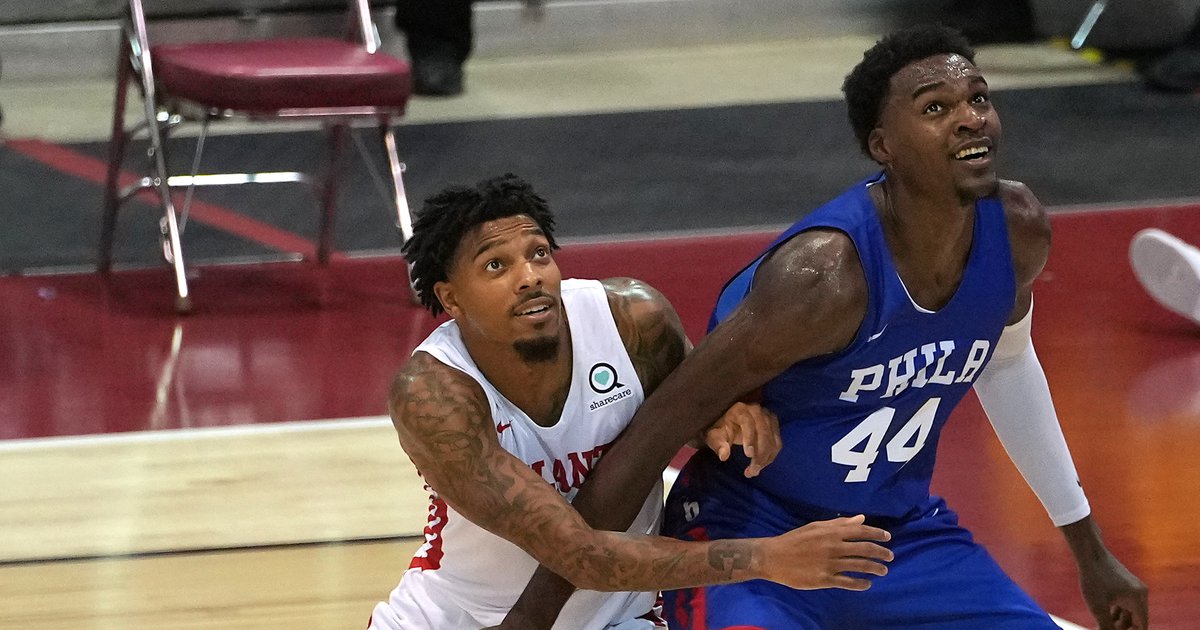 The Sixers are in the midst of rearranging their roster in free agency, but for the next 15 minutes, feast your eyes on the newly announced Summer League roster Philadelphia will send to Utah and Las Vegas. 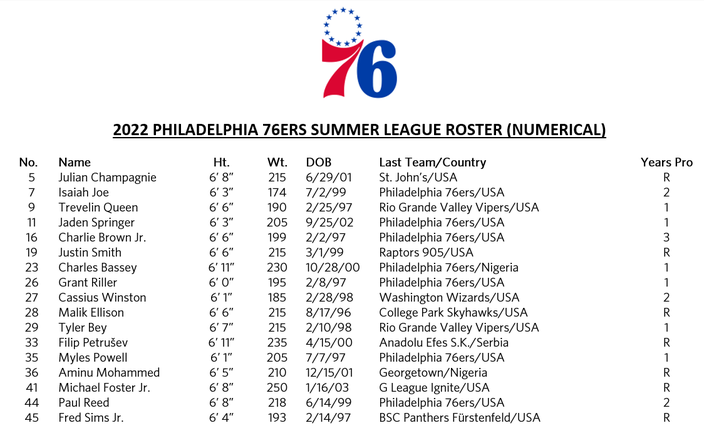 Frankly, there are more current Sixers on the roster than I was expecting. Jaden Springer and Charles Bassey were the guys I expected to headline for Philadelphia. For Bassey, it will be his first crack at Summer League after missing out due to a contract hold-up last season, and his last noteworthy appearance for the big club came during an eight-point, eight-rebound effort in a loss to the Hawks last December. Based on the numbers he put up in the G-League last season, Bassey should have no trouble putting up eye-popping numbers in Vegas this summer, building some momentum as he looks to earn a regular role in 2022-23.

Springer’s first go-around in Vegas was pretty rough, though that was to be expected for one of the youngest players in his class.  His defense came as advertised, and he showed running back qualities as a driver toward the basket, though most of his shots came nowhere close to the rim, and he didn’t show himself to be a player who can dictate where he goes and gets to on the floor. Springer’s intelligence and instincts were sharp in Vegas, with his defensive understanding way ahead of most guys his age. Springer’s games in Vegas last season all followed a pretty similar path: ugly first halves on offense with consistent defensive impact throughout, with his best work as an attacker coming later in games. The rook was part of several big second-half runs in Vegas, a testament to his ability to problem solve and adapt on the fly, and that should hopefully bode well for this edition of summer hoops.

The more interesting inclusions here are Isaiah Joe and Paul Reed. Reed registers as a more surprising inclusion for me personally, as he has played a healthy amount of NBA minutes already and featured prominently during Philadelphia’s playoff run last year. You’ll hear no argument from me that he could use more reps and experience to prepare to compete for a full-time role behind Joel Embiid, and I suppose that Tyrese Maxey still showed up (and showed out) for a couple of games in Vegas after making a playoff splash for the Sixers in 2020-21. It won’t hurt Reed to play more basketball, and I don’t think it says much about his organizational standing. Heck, he might even get some chances to play some power forward reps off of Bassey to see any progress he has made as a shooter.

I would say Joe’s inclusion is probably slightly more concerning, in that he’s a more likely candidate to be a roster casualty before the season starts. Caveats are necessary when you bring up his inability to hit shots or make an impact in limited minutes so far — hard to make an impact when you never play — but outside of flashes in Summer League and preseason, Joe has rarely done much to make a case for himself on the floor. The organization hasn’t thrown in the towel on the prospect with the most effortless shooting range in the organization, it’s just that those shots have to actually go in at some point. This is a big moment for the Arkansas product heading into his third year, and he likely needs a strong performance to ensure he has a chance to stick around.

The Summer Sixers will be coached by Tyler Lashbrook in Salt Lake City and Dwayne Jones in Las Vegas. As a refresher, here’s what Philadelphia’s Summer League slate looks like across the two trips to Utah and Las Vegas: