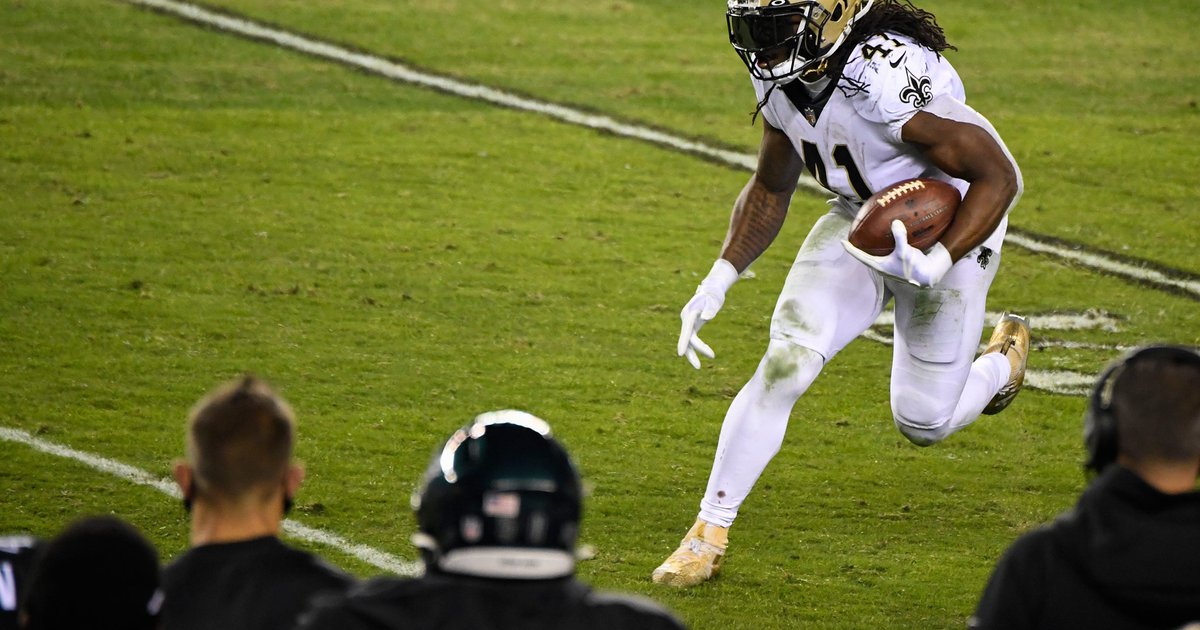 Over the last few days, there have been a number of updates on players around the NFL who are of note to the Philadelphia Eagles who are either recovering from injuries or facing suspensions. Let’s round them up here.

According to a report from Mike Florio of ProFootballTalk, Kamara is looking at a lengthy suspension stemming from felony battery charges in Las Vegas.

Per a league source, Saints running back Alvin Kamara is bracing for a suspension of at least six weeks. The only question is when the suspension will be imposed…

The incident happened in Las Vegas, on Pro Bowl weekend. Kamara was questioned and arrested at Allegiant Stadium, after the Pro Bowl ended.

The Personal Conduct Policy provides for a baseline six-game suspension in the event of felony battery. Aggravating factors include repeated striking. Kamara reportedly told police that he threw a “couple punches.”

Kamara possibly could be placed on paid leave pending resolution of the criminal case, given that he faces a felony charge. He would still be subject to a potential unpaid suspension after the case is resolved.

The Eagles play the Saints Week 17, but perhaps more importantly, they own the Saints’ first-round pick in 2023. The Saints were 9-4 in games Kamara played in 2021, and 0-4 in games he missed.

Young tore his ACL in a November 14 win over the Buccaneers last season. He missed the rest of the season, obviously, including both games against the Eagles, with the Eagles sweeping the season series.

In a 53-man roster projection, ESPN’s John Keim noted that Young could begin the 2022 season on injured reserve.

A big key will be when they think Young can return from his torn right ACL; it’s possible he’ll have to open on injured reserve.

If Young were placed on IR, he would miss the first four games of the season. The Commanders host the Eagles Week 3.

Cowboys WR Michael Gallup should be ready “sometime in September”

Again, in an ESPN 53-man roster projection, Todd Archer had this to say of Gallup:

Gallup might not be ready for Week 1, but he should be ready sometime in September, so he gets a spot on the 53 instead of opening the year on the physically unable to perform list.

Gallup tore an ACL in a January 2 loss to the Cardinals. He had surgery to repair the ACL the first week of February.  Should Gallup return “sometime in September,” that would be a recovery of fewer than eight months, a timeframe that is possible, but uncommon.

Gallup is a very important player to the Cowboys this season after they traded Amari Cooper to the Browns. They also lost 2021 breakout receiver Cedrick Wilson in free agency to the Dolphins.

If Gallup lands on the PUP list to start the season, he would be required to sit the first six weeks of the season. The Eagles host the Cowboys Week 6.

The NFL announced in May that Hopkins was suspended for the first six games of the 2022 regular season for violating the league’s policy on performance enhancing drugs. The Cardinals host the Eagles Week 5.

Hopkins is trying to get that suspension reduced:

“I don’t take any supplements, I’ve never taken supplements. I barely take vitamins. For something like this to happen, I was shocked”

In a video on NFL.com, Tom Pelissero laid out Hopkins’ chances of getting his suspension reduced.

“There is not much DeAndre Hopkins can do at this point,” Pelissero said. “Like all NFL players, he is ultimately responsible for what is in his body, whether he intended for it to be there or not. Also, Hopkins already waived his right to an appeal. The NFL has announced the suspension. So in terms of the collectively bargained disciplinary process for violations of the drug policy, this is over. Now, could Hopkins potentially try to sue? Anybody can sue, but that is a legal Hail Mary.”

In other words, do not expect to see Hopkins on the field Week 5.