Sifting through Matisse Thybulle, PJ Tucker rumors ahead of the draft 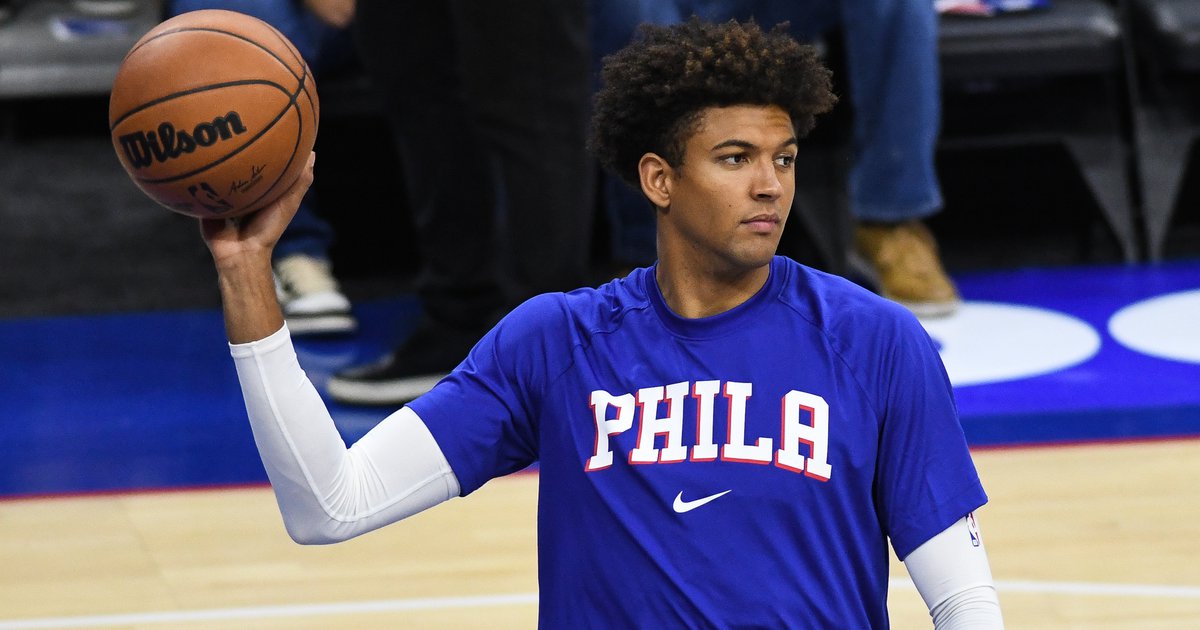 We’re closing in on draft night 2022, and the Sixers have quickly gone from a team with no pick and limited options to a team in the middle of several medium-to-large rumors. Daryl Morey is in the process of trying to rearrange the pieces around Joel Embiid and James Harden, so expect the fervor to continue over the coming weeks.

Late Tuesday night, there were a pair of connected rumors that emerged and help paint something close to a full picture. On a mock draft special for ESPN, Adrian Wojnarowski indicated that the Sixers have been working the phones and offering packages with some combination of pick No. 23 and Matisse Thybulle. If you haven’t gotten a call from Morey, Wojnarowski said Tuesday, “You probably have had your phone shut off.”

Thybulle exists in a weird space for the Sixers — his offensive limitations put a real ceiling on his playoff impact, but he has been a consistently useful piece in the regular season and has made two All-Defense teams already in his young career. He’s also more valuable to Philadelphia specifically following Danny Green’s injury, as he’s the only real wing athlete they have, barring roster changes that seem to be on the horizon.

As reported previously at PhillyVoice this offseason, the Sixers are not opposed to trading Thybulle. Who/what they’re moving him for is sort of the whole question, and that’s where another piece of reporting comes in.

Late Tuesday night, Keith Pompey of the Inquirer suggested the Sixers are more in on PJ Tucker than was even previously suggested, and that Thybulle was being offered in trade talks in part to clear the space necessary to sign Tucker to a lucrative deal. A piece of that report:

The executive is pursuing former Houston power forward P.J. Tucker, league sources confirm. Sources have also said the Sixers are looking to make a three-team trade that could involve Matisse Thybulle and the No. 23 pick to create space. Sources have said the Sixers are attempting to trade Tobias Harris, but they are having a tough time getting teams to take on his lucrative contract.

But it became public on Monday that Tucker would opt out of his $7.4 million player option for the 2022-23 season with the Miami Heat to become a free agent. Multiple sources have the Sixers intending to offer him a three-year, $30 million contract. Time will tell what will happen. But a source added that there’s mutual interest between Tucker, 37, and the Sixers.

Things could change before the start of free agency at 6 p.m. on June 30, but league executives believe there’s a good chance Tucker will become a Sixer.

Right now, the Sixers don’t have the cap space available to sign him for $10 million per season. As a result, they would have to clear space in order to fit in his salary. (Philly.com)

There are parts here that can be true in isolation but are missing pieces to turn it into a complete puzzle.

Trading Thybulle and No. 23 strictly for cap space make little sense just from a deal-making perspective. Thybulle’s value is lower than it was a year ago, but it certainly isn’t low enough that giving him away to create space for your team is going to cost anything, let alone a first-round pick. The scenario where trading Thybulle for space makes sense is if the Sixers are using Thybulle and the pick as part of a move to clear a sizable amount of cap space, which is not the sort we’re talking about regarding a deal for PJ Tucker.

As it stands right now, the Sixers do not have access to or have firm plans to use the non-taxpayer MLE, which would be their only path toward giving PJ Tucker $10 million a year over three years. They are interested in Tucker, both because they like him as a player and because their star player gave him a full-throated endorsement after they met in the playoffs. But the most they can currently give Tucker, short of clearing the space necessary to make the non-taxpayer MLE an option, is in the neighborhood of three years, $21 million. In all but a small number of scenarios, that’s what they’re working with.

Whether you believe Tucker is a threat to get the full mid-level over three years from anybody, as is being suggested by Pompey in addition to Yahoo’s Chris Haynes, is another story. There are contenders with more straightforward paths to giving Tucker the NTMLE, namely the Phoenix Suns, and if the Sixers are shopping in the taxpayer MLE range, they’ll have competition from teams like the Nets, Lakers, Bucks, and Warriors. An important point of differentiation may come down to years — getting to three years on any deal for Tucker might be enough to secure his signature, but then you are banking on a role player preserving their value until he is 40 years old, which is borderline unheard of for a player contributing to a high-level team, let alone a role player without the star-level talent to fight off the aging curve.

Right now, the Sixers have 11 players on the books for next season for roughly $96.1 million. Should they hold onto the player drafted at No. 23, any player who is not a draft-and-stash will cost roughly $2.5 million. And if we assume that James Harden picks up his player option for $47.4 million — no credible reporting has suggested he will do otherwise as of yet — the Sixers will find themselves with a cap sheet of right around $146 million with two roster spots to fill.

What’s the significance of those numbers? With that napkin math, it puts Philadelphia $9.7 million short of the estimated tax apron for 2022-23, a number they cannot cross at any point next season if they make a move that triggers the “hard cap.” Using the non-taxpayer MLE is one of those moves, as is the use of the bi-annual exception or acquiring a player via sign-and-trade. The hard cap doesn’t just impact what they can give Tucker (or any other free agent), it puts limitations on the Sixers for trades and signings the rest of the way, boxing them in regardless of what might go wrong with the group between now and the end of next season, be it injuries, ill-fitting pieces, or unforeseen problems.

Where moving Thybulle for space might come into play is if those deals involve more beyond the defensive wing, or if the Sixers can pick up future assets that leave them with options for further upgrades. If the Sixers wanted to get off of the next two years of Furkan Korkmaz’s contract, for example, sending Korkmaz into space would save them $5+ million each of the next two years. Another move that would technically be “cap saving” involving Thybulle but aimed toward a different goal: flipping Thybulle and pick No. 23 for future assets. Moving Thybulle and pick No. 23 for future draft capital would allow them to keep an asset for trade maneuvring and bring them further away from that apron number in 2022 by removing Thybulle’s salary and the cap hold for pick No. 23 in this year’s draft. If the Sixers move toward a plan where the non-taxpayer MLE is essential to getting the player(s) they want, it may behoove them to create enough space to use the full MLE and the bi-annual exception. The BAE is currently projected to be worth around $4 million and change over the next two years.

(One problem with a strategy predicated on acquiring a future pick is that a pick in 2023 is probably going to be hard to come by. It is generally viewed as a strong class with a player at the top in Victor Wembanyama who many believe is a potential generational talent. And while a future first-round pick of any kind is undoubtedly useful for the Sixers, they don’t exactly have the luxury of waiting around to cash it in down the road. If they’re cashing in on Thybulle in the coming weeks, it likely needs to be for a guy they can get in the building sooner rather than later, not future currency to spend at their leisure.)

But insofar as they have a firm plan — there are roughly a half-dozen noteworthy trade scenarios being kicked around by the Sixers at the moment, sources say — the Sixers are said to be after a “significant” piece should they move Thybulle and/or other parts and picks in the coming weeks. I’m of the belief the path to get there might involve some twists and turns, and the guy(s) they ultimately bring in are far from set in stone. Their interest in former Morey players (Eric Gordon and Tucker) is there, though nothing has been billed as a “must-have” deal at this stage in the process.

All of which is to say to strap in, because things are going to heat up quickly.