Phillies’ Bryce Harper has an infection from a nasty blister, uncertain for Texas opener 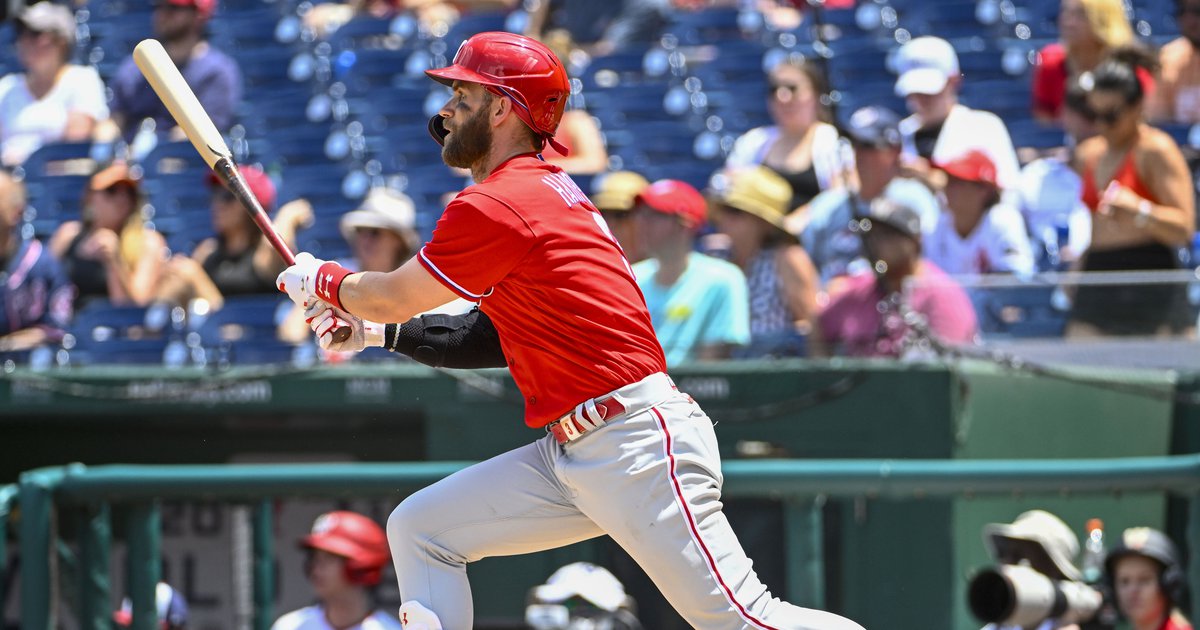 Bryce Harper’s been dealing with a pretty nasty blister.

Well, okay, the blister itself is apparently healed, but now there’s an infection stemming from it.

Either way, it all sounds painful…and gross…

“Harper said he had this particular blister — it’s above the palm and below his left index finger — on his left hand for a couple of weeks. It started bothering him more Friday night, but not enough where he couldn’t come off the bench and stroke a two-run, pinch-hit double in the second game of a doubleheader win over Washington. That night, however, it swelled up, preventing him from swinging a bat and keeping him out of the Phillies’ lineup Saturday and Sunday.” (NBC Sports Philadelphia)

After going down to D.C. last week and winning four of five, the Phillies have Monday off to travel to Arlington for a quick two-game series against the Texas Rangers, then they’re off to San Diego for a four-game trip.

Harper’s hand is being treated with an antibiotic, and the off day does buy some time, but it’s uncertain whether the reigning NL MVP will be able to swing a bat come Tuesday.

“We’re trying to wait it out and see how much better it can be in the next few days,” Harper told Salisbury on Sunday. “We’ll see where I’m at Tuesday. It’s an infection. Whatever you think an infection to be, that’s where I’m at right now, so it’s not good.”

Since promoting Rob Thomson to interim manager, the Phillies have been on an absolute tear. They’re 7-3 in their last 10 games and 15-3 in June with nine games left to close out the month — the last three being a crucial series against NL East rival Atlanta back here at Citizens Bank Park.

Harper has been a huge part of that.

Even though a UCL tear in his throwing arm has kept him exclusively as a DH, he’s continued to hit at an MVP pace, batting .326 with a staggering 1.013 OPS, 15 home runs and 48 runs batted in.

Yeah, they kind of need him in the lineup right now.

The Phillies picked up utilityman Daniel Robertson from the Twins on Monday in exchange for cash in a move that should give them a bit more infield depth to work with.

Robertson, who is a career .227 hitter across parts of five major league seasons, won’t set the world on fire but should provide an extra option off the bench for a team that needs it. And with Jean Segura (broken finger), Johan Camargo (knee strain), and Nick Maton (shoulder strain) all out, the Phillies do need one.

The 28-year old hit .164 with a .577 OPS in 50 games with the Brewers last season and has not appeared in any big league games with the Twins this year.

Alec Bohm, Bryson Stott, Didi Gregorius, and just recently Yairo Muñoz have been shifting around and filling out the Phillies’ infield. Even Matt Vierling has gotten reps in the infield this month.