What they’re saying about the Flyers: Will John Tortorella work out? 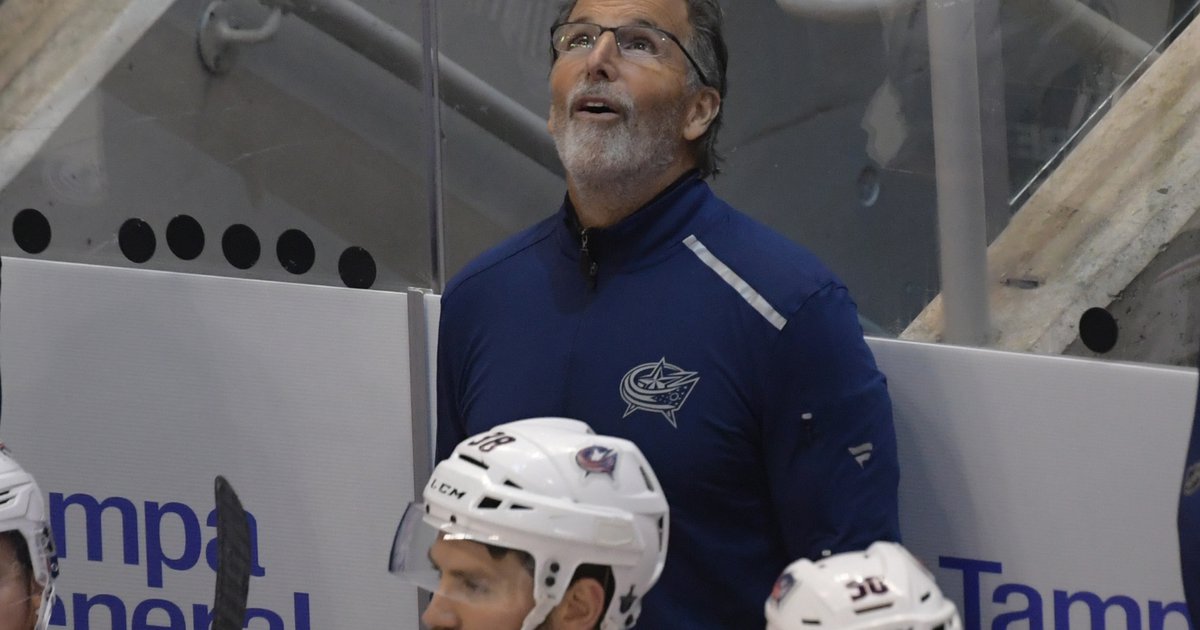 John Tortorella is the Flyers’ new head coach, and that can be a good thing or a bad thing depending on who you ask.

He’s a fiery and blunt personality but has a proven 20-year history of instilling his teams with discipline, identity, and structure, three core elements that the Flyers are in desperate need of.

He won a Stanley Cup with Tampa Bay in 2004, turned the Rangers into a defensive force in the early 2010s, and guided the Blue Jackets through their most successful era as a franchise.

But at the same time, he hasn’t coached a team past the second round of the playoffs in a decade and is conflicted about Michigans.

Will this work?  Who knows.

Tortorella and Flyers general manager Chuck Fletcher will speak to the media at 1 p.m. 2 p.m., so we’ll know more about where the team is headed after that.

But Tortorella has had the job for not even 24 hours and a lot has been said already. So let’s see what they’re saying…

Is this a fit?

So first and foremost, is Tortorella a good fit for the Flyers? That doesn’t really have a straight answer yet, which probably isn’t what fans want to hear right now.

He will come in and try to establish the approaches, habits, and culture the team is looking for and has the track record to back that up.

He also may be the coach that stands to get the most out of the current roster as the Philadelphia Inquirer’s Giana Han, who weighed Tortorella’s pros and cons, writes:

“Tortorella’s system calls for relentless forechecking, which if executed, would help the Flyers from the standpoint of winning the puck back and establishing offensive zone time.

“In the locker room, he holds his players accountable, even his stars, and demands a lot from players. He is considered tough but fair and is regarded as a master motivator who knows how to push the right buttons and get the most out of his teams. Despite the media perception of him, he is beloved by many players.” (The Inquirer)

But it could backfire. As successful as a coach Tortorella has proven to be, he’s also proven to be one with a shelf life, whether it comes through eventually clashing heads with stars or his approach wearing a team down after a while.

“Tortorella’s style also takes a toll physically on teams. As much as the Flyers would like to play the tough style he’s known for, the roster isn’t currently built for that. The Flyers are a smaller team — at the end of the season, they had six skaters who were 6 feet tall and under, as well as 11 players who weighed less than 200 pounds.

“Then there are the injury concerns, especially considering what Sean Couturier, Ryan Ellis, and Kevin Hayes went through last season. Is having aging veterans, post-surgery, playing such a high-tempo, demanding style of play really going to work?” (The Inquirer)

One in the same?

Is Tortorella a step forward from Alain Vigneault, who was fired in December as the team was completely falling apart?

Aside from a clear difference in personality and approach, maybe not so much.

Jordan Hall over at NBC Sports Philadelphia noted that the two coaches have oddly similar resumes and reputations, just constructed in different ways.

He also pointed out that Vigneault never actually got a full season with the Flyers largely because of the COVID-19 pandemic.

“Why is all of this telling? Because Vigneault never actually got a full season in Philadelphia. He was here and suddenly gone. All of his experience, all of his winning — in and then out.

“His successful first year saw the regular season paused and then cut short because of the coronavirus. After a second-round Game 7 loss in the bubbled playoffs, the Flyers stumbled the following two seasons. Vigneault’s second year was also abbreviated because of the pandemic. Year 3, he was fired 22 games into the season.” (NBC Sports Philadelphia)

Hall continued that no coach alone is going to fix the Flyers, who only just took the first step in what’s going to be a critical summer.

But as a counterpoint to Vigneault, something was off about the team as soon as that playoff series against Montreal began two years ago, and it only snowballed from there.

Love him or hate him

Tortorella has coached hundreds of players through the years, and with his approach and personality, obviously, some love him and others hate him.

Cam Atkinson played under Tortorella through his six-year run in Columbus and not only played some of his best hockey, but the Blue Jackets as a whole had their most successful era, which included an absolute shocker of a first-round sweep of the Presidents’ Trophy-winning Tampa Bay Lightning.

During the Flyers’ exit interviews after the season, when talking about the improvements and changes the Flyers need to make, Atkinson brought up Tortorella and the lessons he learned from him unprompted.

Brandon Dubinsky, who also played under Tortorella as a Ranger, sent his condolences.

Oddly enough, Dubinsky also played some of his best when Tortorella was his coach, but they apparently weren’t on good terms by the time Dubinsky was traded out of New York and to Columbus in 2012.

“I was thrilled with the trade,” Dubinsky told The Athletic’s Aaron Portzline back in January (via NBC Sports Philadelphia). “I loved New York and I liked being on a winning team. So I didn’t like getting traded to the worst team in the league. But me and John Tortorella (then the Rangers’ coach) were a s*** show during my last year in New York.

“It wasn’t a good year. We weren’t getting along. I didn’t agree with the decisions he was making for me, so for me, Columbus was a fresh start. I was energized and excited. I was back to playing the way I knew how to play.”

Also for what it’s worth: Current Blue Jackets star Zach Werenski popped in on Spittin’ Chiclets Instagram post about Tortorella from Thursday night and commented that it was a “great hire.”

It’ll at least be a show

As adverse as he seems slick goals, Tortorella does come with his brand of entertainment (every media member, myself included, should probably brace themselves).

The Flyers may turn it around, they may not, but as Broad Street Hockey’s Jeff Middleton writes, it’ll be entertaining. Way more than the slog that this season was at least.

“At the end of the day, whether you agree with the hiring or not, there will be fireworks coming from the Flyers team on and most likely off the ice as well. Tortorella has been around long enough, so most everyone knows what to expect when he’s brought into an organization. Pre and postgame media pressers will grab the attention of plenty more fans both of the Flyers and from outside markets, and the locker room is sure to be whipped into shape very quickly. For a team that knows last season was an unacceptable showing of poor resiliency and no accountability, hiring Tortorella may not be the worst thing in the world. I doubt anyone had him at the top of their coaching list, but the players could certainly benefit from the strict and brutally honest nature of someone like Tortorella.” (Broad Street Hockey)