What they’re saying: Ranking Howie Roseman among GMs and other Eagles tidbits 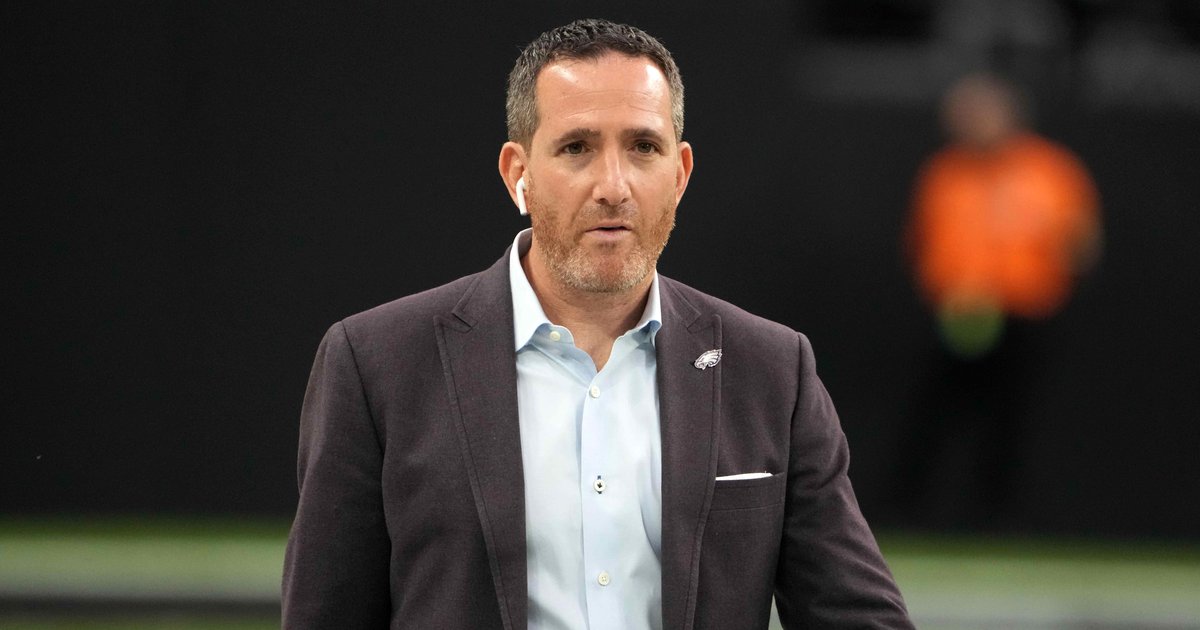 The Eagles won’t begin training camp until July 26, but that does nothing to stop the football buzz that’s brewing in Philadelphia. It’s another year where the Eagles “won” the offseason with a great on-paper draft and the A.J. Brown acquisition.

Here’s a look around the media landscape at some of the most intriguing things being said this week, as attention turns to a summer of practices and preseason action:

Howie Roseman has drawn high praise and lots of criticism during his 10-plus years as a lead executive with the Eagles. I’ve taken shots at Roseman when I believed they were warranted, but I’ve been giving him props all offseason. Perhaps the Brown trade doesn’t have ideal results if Jalen Hurts doesn’t improve as a passer or Jordan Davis doesn’t excel the way the organization envisioned. Even if that’s true, Roseman’s process this offseason has been sound and I give credit where it’s due.

On the latest episode of The Ringer NFL Show, hosts Kevin Clark, Steven Ruiz and (longtime Eagles podcaster and writer) Benjamin Solak ranked their top-10 general managers in the league. All three had Roseman in their top 10s.

This is what Clark said about Roseman, ranking him eighth:

I think he just manages the draft well. He manages his assets well. I don’t necessarily know where the bad reputation came from because there’s a lot of guys with bad reputations in the league, but it just never leaves the league, including people that everyone thinks has 100 percent approval rating. They do not inside the league. I just think maybe the Howie stuff, maybe it stems from the power struggles with Chip (Kelly) and how much got out about that.

Solak had him ninth:

Roseman could be earlier if he didn’t piss everyone off. That’s something we don’t talk enough about with general managers, but Roseman gets a bad rap at times in the building because of how he works with people there. Roseman gets a bad rap with free agents at times because of the way he does contracts. Roseman is a little bit of a polarizing figure in the league, making it hard to do business. Extremely good trader, he is an improving drafter, I think he’s kind of learning what he can and can’t do. He does have a good understanding of positional value even if it is a little bit jumping the shark, a little bit too top heavy, when he won’t just simply add safeties, won’t add linebackers and that’s continuing to be a debilitating problem for the Eagles. So, Roseman could be higher because I think he has the right frame work for team-building, it’s just that there’s enough stuff we’ve seen from Howie now in terms of how he wants to build a team and how he wants to do business that it keeps him a little bit lower.

Ruiz had Roseman highest of anyone in the fifth spot:

I didn’t take off for the reported character concerns, if you will, around Howie… I think he’s just a smart GM. He does the smart thing most of the time and that’s more than we can say about a lot of GMs.

What a difference a year makes in terms of Roseman’s standing.

‘No debate’ about the OL

The Eagles had a record-setting rushing attack in 2021 because of how overpowering their offensive line was. I expect that to continue into 2022 and so does PFF. In ranking the top offensive line groups in the league, PFF’s Michael Renner has the Birds in the No. 1 spot atop the “minor or no weaknesses” tier:

There may not be a single below-average starter along the Eagles’ offensive line. Pair that with arguably the best tackle duo in the NFL, and there’s no debate about which team’s offensive line belongs at No. 1 heading into 2022. Jordan Mailata’s incredible development at left tackle can’t be understated. After not playing a snap in his first two NFL seasons, Mailata went from spot starter at left tackle in 2020 to the third-highest-graded player at the position in the NFL last season. (PFF)

Jordan Mailata is a future All-Pro player in my view. Landon Dickerson is going to make a couple Pro Bowl teams in his career. That’s before even getting to the consistent excellence that Jason Kelce and Lane Johnson have brought to this organization. The Eagles have prioritized building through the trenches for the past two decades and it continues to pay off.

There have been whispers about the Eagles handing the defensive playcalling duties over the Dean as a rookie, and the former Georgia All-American could see time at the middle linebacker and WILL linebacker positions opposite T.J. Edwards, and or, Kyzir White.

Dean is an astute playmaker who excels at reading and reacting with consequences for the opposing offense. (The Eagles Wire)

I can’t say what Dean’s injury situation will be like in the coming months, but if he’s healthy enough to get on the field this fall, he’s going to be one heck of a player.