Do the Phillies still have a path to the postseason? 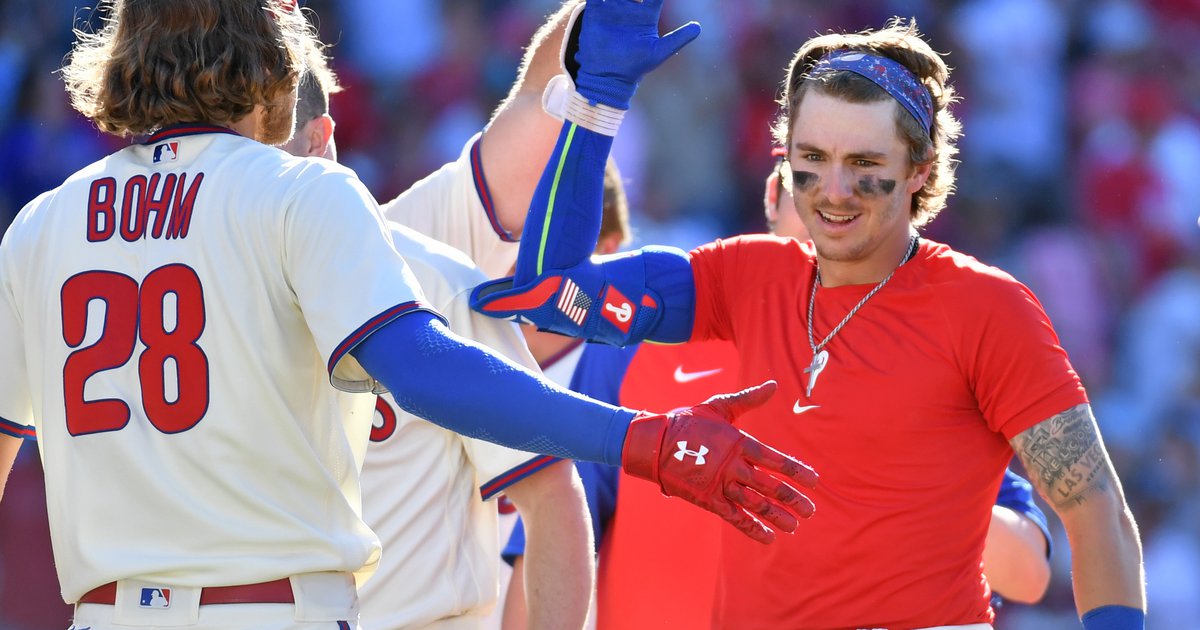 The Phillies have dug themselves into quite a hole. With hopes of ending a decade-long playoff-less streak, Philadelphia is five games below .500 and more than 10 games out of the NL East.

They carry a 33% chance of making the playoffs, via FiveThirtyEight.com — and that is mostly due to the vastly expanded playoff field, which has three wild card teams now.

You can blame Joe Girardi, but now he’s gone. Following an impressive and dramatic three-game sweep of the Angels, the Phils have shown there is still blood flowing. But they are awfully far behind with almost a third of the season behind them. Is there still a reasonable a path to the postseason? Or do the Phillies need to go ballistic and win like 70% of their remaining games?

For all intents and purposes, let’s ignore the Mets and their 10.5 game lead right now. Technically, the Phillies don’t need to catch them, they need to catch one of the three wild card teams in the NL.

Four and a half games? No sweat right?

The Phillies will finally get an assist from the schedule gods, who have forced them to play one of the toughest slates in all of baseball through the first third of the year. After June 7, the Phillies have the sixth easiest remaining schedule, with multiple series ahead against the lowly Pirates, Cubs, Reds, Diamondbacks and others. This in addition to 34 combined games against the Marlins and Nationals — the two worst teams in the division.

Additionally, there is some recent precedent here. In two of the last three seasons, a team that made the playoffs out of the NL East not only started slow — they won the World Series by getting hot and staying hot at the end of summer and early fall.

First, the Nationals in 2019. On June 7, they were 28-34, seven games out of the NL East (ironically led by the Phillies at this point). If there had been three wild cards that season, Washington would have been 4.5 games out of it, the same as the Phillies are right now.

Two years later (skipping the COVID 60-game season in 2020), the Braves followed a similar trajectory. On this same date, Atlanta was 28-29 last season, four games behind the Mets in the NL East and four out of what would be the last wild card slot. They wound up slithering into the playoffs with an 88-73 record — 60-44 the rest of the way. They eventually won it all.

If we split the difference and make their win target 90 games, a 65-45 mark the rest of the way would do the job. It looks like a really tall order. But it’s happened. The Phillies could make it three of four years in a row if they find a way to keep their momentum and confidence under new interim manager Rob Thomson.

They have Bryce Harper, playing like an MVP, an offense around him playing well above average, and a starting pitching staff boasting ace-like starters in Aaron Nola, Zach Wheeler and even Kyle Gibson. They have an infusion of youth in hot-hitting Alec Bohm, recently called up Mickey Moniak and suddenly surging Bryson Stott.

It’s premature to be thinking Red October, let’s be perfectly clear. But it’s also way too soon to pack it in and start counting down until Eagles training camp. There is lots of baseball left.