Where are the Eagles deep, and not so deep, after the 2022 NFL Draft: Offense edition 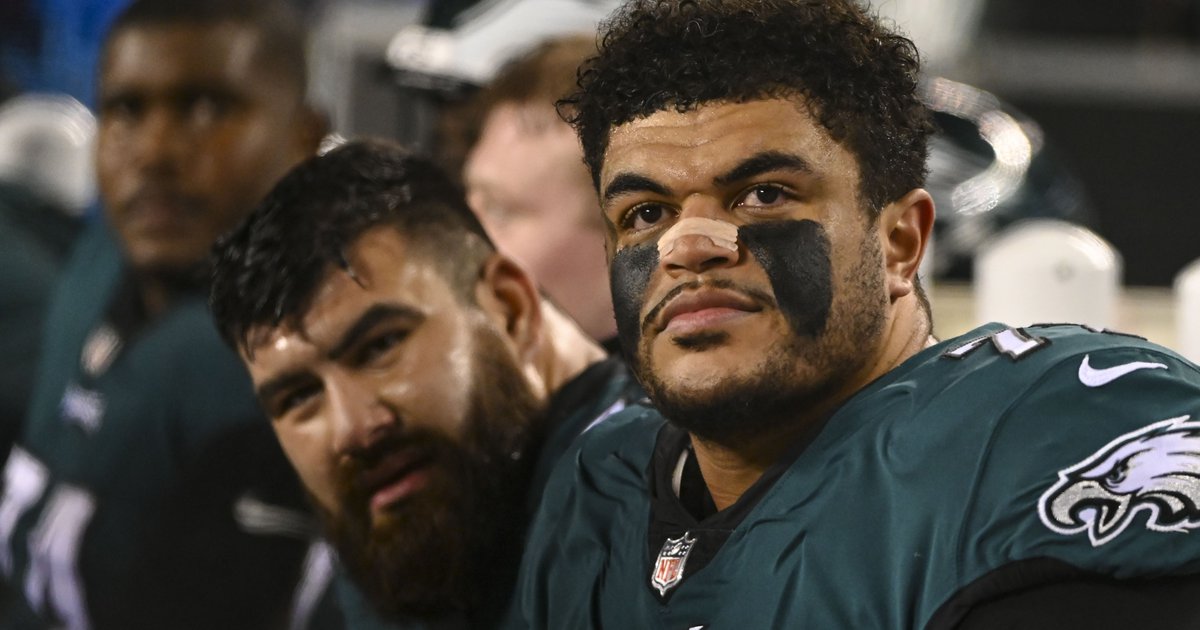 While the Philadelphia Eagles could still add a veteran here or there to their roster before the start of the season, it is still probably somewhere around 90-to-95 percent set. Here we’ll take a look at each of their positions, and determine where they are strong, and where they still need help, starting with the offense.

For the second consecutive season, Hurts will be tasked with proving that he should be the Eagles’ long-term answer at quarterback. Minshew is a very good backup who can win games, should Hurts go down. He would maybe be an upgrade as a starter for a small handful of teams around the league.

Are the Eagles in good shape here relative to the rest of the league? For now, while Hurts has intriguing intangibles and is blessed with running ability, he has a long way to go as a passer, and for now cannot be considered among the top half of the NFL’s starting quarterbacks.

There was a thought that Minshew could be had in a trade at the right price, but with the Eagles’ roster having improved significantly this offseason, they may not be so quick to deal him on the premise that they can maybe contend in 2022. It’s a better bet that Minshew stays in Philly this season, unless the Eagles are blown away by an offer.

The Eagles are certainly in better shape than a good number of teams around the league, most of whom won’t sniff the playoffs. If the Birds make the playoffs this season, it’s the teams that they will likely have to face in January who they may not compare to favorably at quarterback.

We’ll call this group “incomplete” for now, as the team feels likely to add a bigger back at some point. Sanders has had his moments, but has been inconsistent. The team will hope Gainwell takes a step forward in his role in the passing game, which should include some looks in the slot. Scott is fine as a backup.

Despite their lack of a star back, the Eagles still had the No. 1 rushing offense in the NFL last season, with the offensive line serving as the biggest reason why.

Are the Eagles in good shape here relative to the rest of the league? Eh. We’ll see if/who they add, but as of now, no, there are a lot of teams around the league with more compelling stables of running backs.

The Eagles traded for Brown partly because they whiffed so badly on the draft selections of J.J. Arcega-Whiteside and Jalen Reagor. If either of those players had panned out, the Eagles would have used the 18th overall pick on something else, whether that be on a rookie prospect, a trade back, a trade for some other player, etc. It’s not unlike when Roseman traded for Darius Slay after Sidney Jones and Rasul Douglas did not live up to expectations in Philly.

The same can also maybe be said of the Eagles’ selection of DeVonta Smith in the first round of the 2021 draft. If JJAW and Reagor were good, they likely wouldn’t have traded up for Smith.

Eagles fans had to suffer through a lot of drops and underwhelming production at wide receiver for the team to get to where it is today, but it feels like they finally have a good group:

Are the Eagles in good shape here relative to the rest of the league? Oh my God, the answer is actually yes.

Goedert is a complete, do-everything tight end who is poised for a big season with Zach Ertz now completely out of the way. Calcaterra is a better receiver than he is a blocker, while Stoll is a better blocker than he is a receiver. We’ll call them TE2a and TE2b, likely to be used situationally.

Are the Eagles in good shape here relative to the rest of the league? There probably aren’t a half dozen tight ends who are better than Goedert, but if he were to go down, that would be a big blow for the Eagles’ offense, as the dropoff from Goedert to any backup on the roster would be steep.

Is there a better starting five in the NFL than Mailata, Dickerson, Kelce, Seumalo, and Johnson? Is there a team with more quality depth? Dillard, Jurgens, Driscoll, and Opeta could all start for some teams.

Are the Eagles in good shape here relative to the rest of the league? Uh, yes.