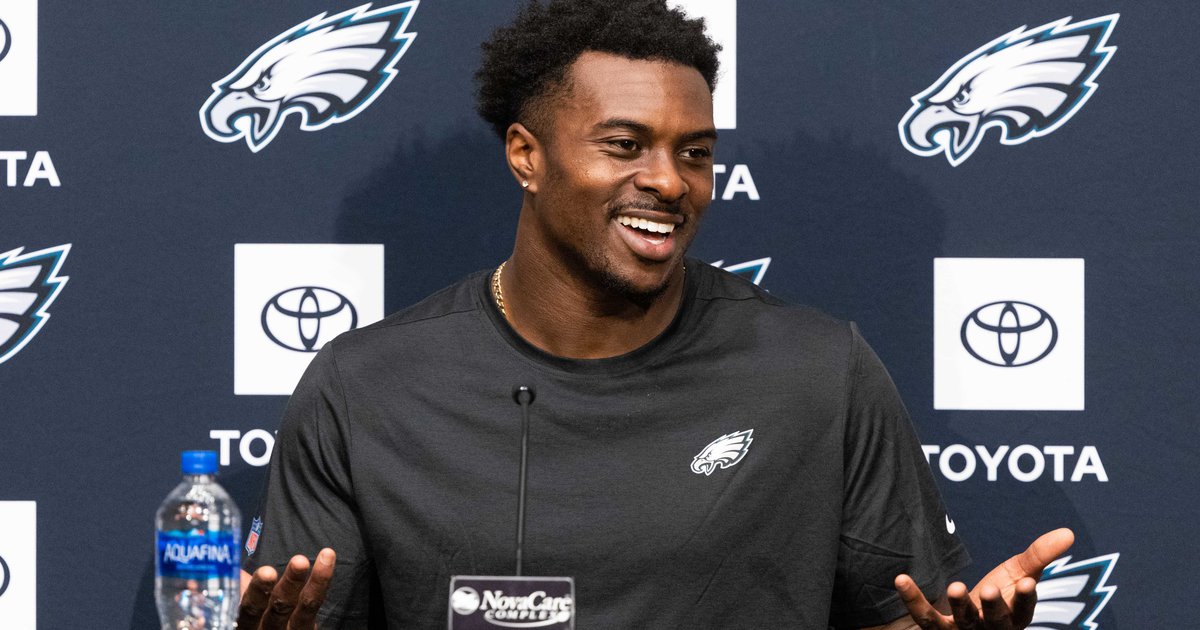 As we do every offseason, we’ll be comparing each of the Philadelphia Eagles’ rookies to current or former NFL players. Today we’ll find a comp for sixth-round SAM linebacker Kyron Johnson.

First, who did Johnson say he patterned his game after?

Johnson was both an off-ball linebacker and an edge rusher at Kansas, which likely makes him a fit at the SAM linebacker position in the Eagles’ defense. Johnson is 6’0, 231, and he ran a 4.40 40 at Kansas’ pro day. He had his share of moments at the Senior Bowl, flashing impressive athleticism in pass rushing one-on-one drills. He plays with speed and enthusiasm.

In 2021, Johnson had 63 tackles (8.5 for loss), 6.5 sacks, and 4 forced fumbles. He also had 17 career special teams tackles. He is a try-hard player who will likely contribute immediately on special teams, and could even get an opportunity here and there as a situational pass rusher.

The player he reminds me of is Dennis Gardeck, a similarly undersized 6’0, 232-pound try-hard pass rusher / core special teamer with the Cardinals, who also plays the game with enthusiasm.

In four seasons in the NFL after going undrafted in 2018, Gardeck has 38 special teams tackles, according to the Cardinals’ website. In 2020 he broke out with 7 sacks (which also happens to be his career sack total).

Johnson can be a similar type of high energy player for the Eagles.