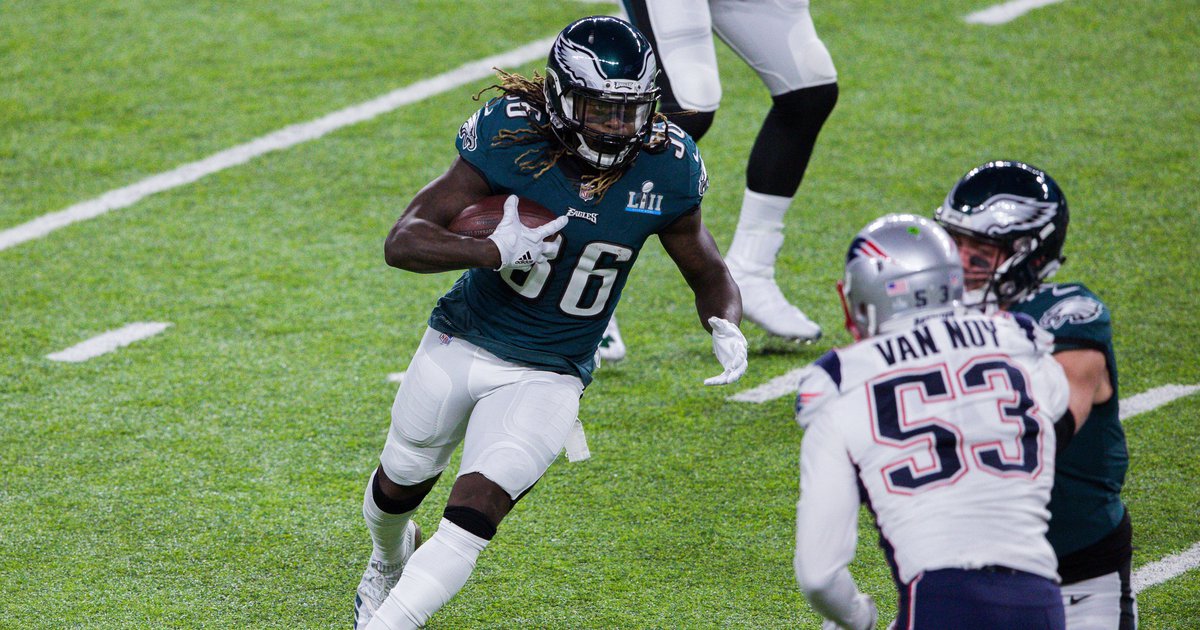 It’s been a longtime coming for former Eagles running back Jay Ajayi. He’ll be receiving $5 million for an insurance injury settlement stemming from an ACL tear during the 2018 season, per NFL network’s Ian Rapoport:

After years of discussions and fighting, former NFL RB Jay Ajayi received a settlement for his $5M loss-of-value insurance policy, his business manager Joshua Sanchez confirmed. Ajayi played just 3 more games after tearing his ACL in 2018. Finally, he got the payoff for it.

Ajayi was a part of a curious cycle of injury news for the Eagles from 2017-2019 where players were seemingly cleared to return to play despite lingering issues and an endless array of guys landed on the injury report.

In 2018, Ajayi suffered a foot injury in the Eagles’ Week 1 win over the Falcons. He then dealt with a back issue in Week 2 at Tampa, missed Week 3 then returned for Weeks 4 and 5, tearing his ACL in that Week 5 matchup against the Vikings.

Ajayi was thrilling during the Eagles’ 2017 Super Bowl run after the Birds traded for him on October 31. In seven regular season games, Ajayi rushed for 408 yards on a whopping 5.8 yards per attempt. He totaled 184 yards on the ground during the Eagles’ three playoff games on 4.4 yards per rush, helping the Birds hoist the Lombardi Trophy for the very first time in the process.

Here is an article from Rapoport on October 11, 2018 discussing his insurance policy situation:

Eagles running back Jay Ajayi was slated to have surgery today on a torn ACL, one that ended his season after just four games and 184 rushing yards. That also complicates things going forward for his free agency.

Ajayi’s contract is up after 2018, and a long-term deal in Philly was no guarantee. For a player whose right knee had already given him issues during his career, a ligament tear in his other knee is less than ideal.

However, according to his business manager Josh Sanchez, Ajayi bought a loss-of-value insurance policy this past year (and the year before) to protect him against exactly what ended up happening.

Ajayi was valued as a significant free agent based on the policy. If the injury takes his market down to a point where he would be a lower-level free agent, he can receive a maximum payout $5 million net — after taxes.

In other words, if Ajayi’s free-agent value goes down, the policy will help make up the difference. Let’s say he’s valued as being able to earn a four-year, $16-million contract before the injury. But now, he ends up earning just $8 million over four years.

The policy should end up paying him to make up the difference with $5 million tax-free. Similar policies generally can cost as much as $80,000-$100,000. It’s not what any player wants. But at the least, Ajayi has prepared for the worst-case scenario. (NFL.com)