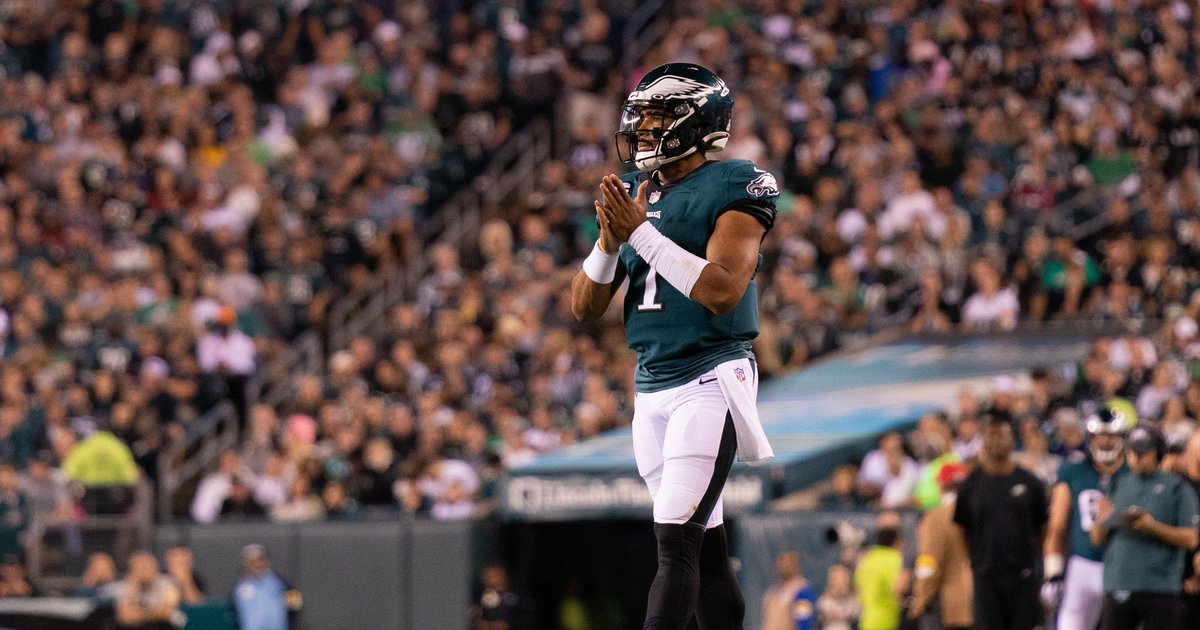 If there’s any coach a quarterback, and Eagles fans, want to hear praise from, it’s Andy Reid.

He had the Eagles consistently at the top of the NFC East for more than a decade with Donovan McNabb, guided the team to the playoffs with a revitalized Michael Vick, then moved on to Kansas City, where he had the Chiefs as a regular playoff team with Alex Smith before they became the behemoth they are now with Patrick Mahomes under center.

Yeah, Andy Reid knows a thing or two about quarterbacks.

So when Big Red talks up Jalen Hurts’ commitment to be great, most would probably leave feeling pretty good about that.

In an interview with JAKIB Sports on Tuesday, Reid briefly discussed Hurts’ development going into year 2 both as the clear-cut starter and working under head coach Nick Sirianni.

“The one thing you got there is a guy that’s willing to work hard and wants to be great,” Reid said (via CBS Sports). “He sincerely wants to do well. That’s the foundation — and with the coaching he’s getting that’s gonna take place.

“Everybody just has to hang with him, and (Nick Sirianni) will deflect some of the stuff that you have to deflect from the public until it feels like he’s grounded all the way. Then he flies from there.”

You can check out the full interview below:

Hurts threw for 3,144 yards with 16 touchdowns and nine interceptions last season and had 784 yards and 10 scores on the ground.

Both he and the Eagles had a rough start to the year, but things steadily got better once they shifted their approach to a run-heavy offense, which proved key in a second-half push for a playoff spot.

There are still doubts about whether the 23 year old can be the long-term answer for the Eagles under center, but Reid said it usually takes four years for a QB to get settled in and to get a proper evaluation on.

Hurts is going into year 3, and the team has been set up to give him as great a chance as any to put all those doubts to bed.

He’ll come into 2022 with a strong offensive line in front of him, a full year’s worth of knowledge in the same system, and DeVonta Smith, Dallas Goedert and the newly acquired A.J. Brown as his passing options.

What they're saying: Jordan Mailata has the best contract in the NFL
Diving deeper on new Sixers player De'Anthony Melton
Who won the week in Philly sports: Phillies' bullpen is improbably lights out
10 reasons the Cowboys will be a dumpster fire this season
Read Previous
Read Next