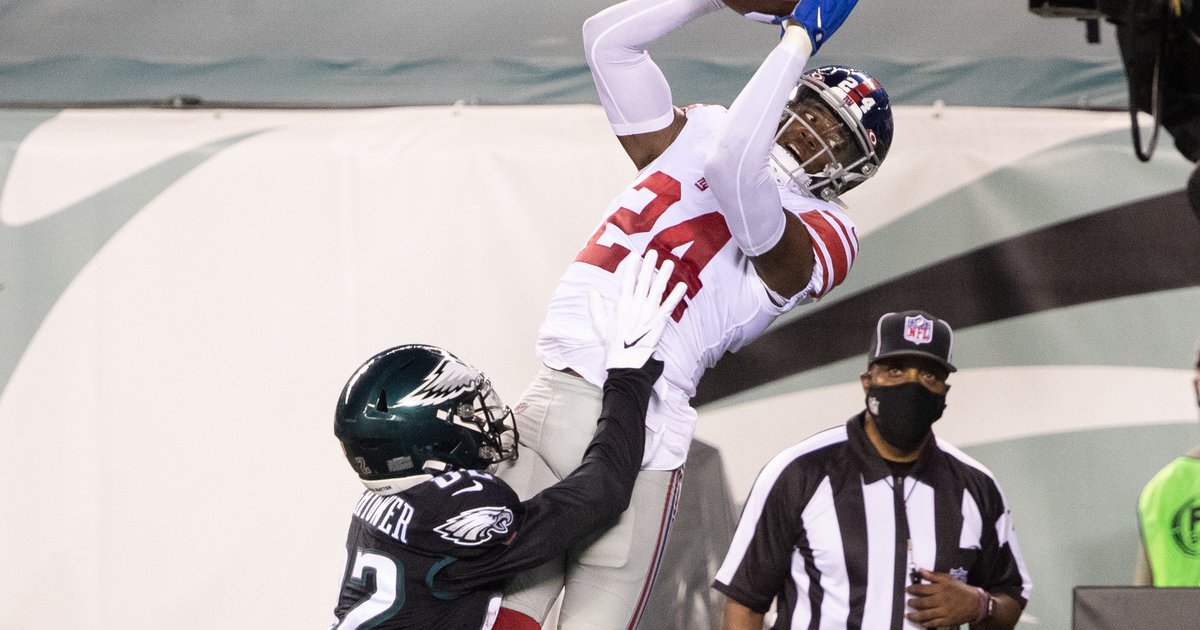 The Philadelphia Eagles have agreed to terms with former Carolina Panthers and New York Giants cornerback James Bradberry, the team announced. It’s a one-year deal worth $10 million, according to Ian Rapoport of NFL Network.

The Eagles had an obvious need at the second cornerback spot opposite Darius Slay, and in Bradberry they have found an upgrade over 2021 starter Steven Nelson.

Bradberry is a big, physical corner at 6’1, 212, who should pair nicely with the playmaking Slay. If the Eagles choose to have their corners trail receivers, Bradberry will draw the big-bodied types while Slay will likely handle the speedier or savvy route running types.

In his two seasons with the Giants, Bradberry had an impressive 35 pass breakups and 7 INTs. He was a cap casualty this offseason, when the cap-strapped Giants could no longer afford him.

The Eagles now have themselves a quality trio of corners in Slay, Bradberry, and slot corner Avonte Maddox. Behind them, they have a slew of young depth that they will continue to develop, in guys like Zech McPhearson, Tay Gowan, Kary Vincent, Josiah Scott, Mac McCain, and undrafted players like Josh Jobe and Mario Goodrich.

You can expect that Bradberry’s 2022 cap number will be small, with some void years tacked onto the back end.

Bradberry was an obviously good fit for the Eagles, and unsurprisingly, Howie Roseman and the Eagles were able to get a deal done. The Birds’ impressive 2022 offseason continues.

Update: It’s not really even $10 million.

James Bradberry’s one-year deal with the Eagles will pay him $7.5 million, including $7.25 million guaranteed, and another $2.5 million in upside, bringing the total value of the deal to $10 milllion, per source.