Sixers’ Danny Green has torn ACL, putting uncertainty in his and team’s future 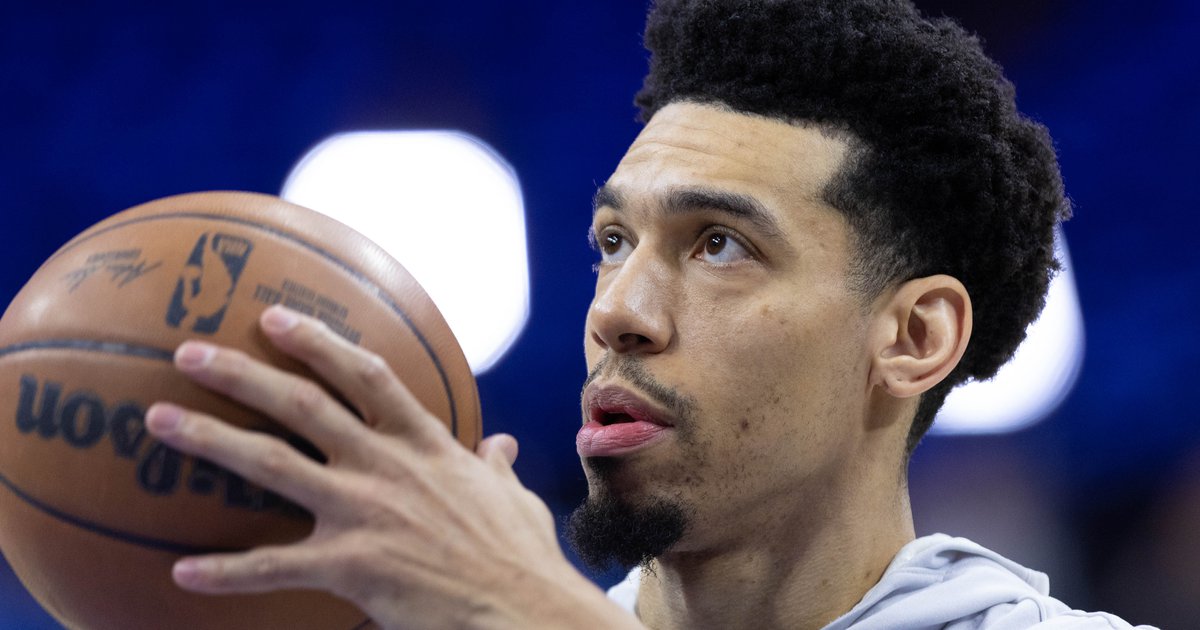 Sixers wing Danny Green has been diagnosed with a torn ACL, the Sixers confirmed on Friday afternoon, a devastating development for both team and player that sets up an uncertain future for both sides.

Green, whose leg was caught under Joel Embiid as he fell to the floor early in their Game 6 loss to Miami, left the court in considerable pain and needed to be helped back to the locker room. At the facility on Friday afternoon, Green expressed hope for a positive diagnosis while using crutches and an air cast to stabilize the area, but the veteran wing ultimately shared some rather grim anecdotes from the moment after it happened.

“I didn’t realize how serious it was until I tried to put weight on it and it buckled. Then I realized, it’s probably going to take some time, and I wasn’t going to be returning to the series at all if we were to win anyway,” Green said. “I heard some sounds that were not comforting.”

One need only look at a recent list of players to tear ACLs late in the year to understand how impactful this injury could be. Denver’s Jamal Murray suffered an ACL tear on April 21st last year and never made an appearance for the Nuggets before they were eliminated from contention this season. Kawhi Leonard had surgery in mid-July to repair a partial tear of his ACL after suffering an injury against the Jazz in last year’s playoffs, and he has yet to reemerge for the Clippers.

Green’s injury timeline ultimately falls in between those two examples, and while no two injuries are alike, it’s important to note that he’s older than both those players by a significant margin. Recovering from a serious knee injury this deep in Green’s career will be a stiff physical and mental challenge, assuming he’s able to come back from it at all.

It leaves Green and the Sixers in a strange spot. There are now three options in front of them, and all of them are different shades of bad.

That reality is something the Sixers were trying to avoid when the power players sat down at the podium during exit interviews on Friday, hoping that perhaps they’d receive some good news on his health.

“We’re mostly focused on Danny right now, he gave so much to us,” Daryl Morey said Friday. “I was really hoping the fourth ring for four different teams would be here this year.”

“He does bring value on both ends and that showed in the playoffs, and how he really stepped up for the team. I won’t forget it. He’s just, he’s someone who’s going to be around basketball for a long time. He loves it, he’s very intelligent, and we’re hoping for good news on the injury. But that was a tough one for everybody.”

Those aren’t the types of things you tend to hear when a team is optimistic about a player’s recovery timeline and his chances to contribute to the team. And the really devastating part is that Green is one of the few guys that you felt was at least somewhat trustworthy in the tough spots you’re put in during the playoffs, a dependable two-way player who has been through a ton of wars and hit big shots against elite competition for most of his career.

Now, the Sixers are left with a bench that was already filled with question marks and down a veteran guy who could be counted on in a pinch, even if you had to live through some shooting swoons to get there. His meaning to the team was much more than just the on-court value, and now Green has to contribute all of his value without being able to play for a while, at least if he manages to stick around here.

“What I love about Danny is he’s played 1,000 years,” Doc Rivers said Friday, “and he still has this zest to show up every day and play every day, and loves it every day. He’s not lost any energy as far as wanting to be a player. And I’m telling you as a coach, you don’t get a lot of those. He’s a valuable guy to have on our team. And obviously when he went out, that hurt us. Not only just his play, but emotionally, that hurt us.”

Instant observations: Sixers end season with whimper in Game 6 vs. Heat
In the end, the Sixers lacked something that can't be faked — mental toughness
Most notable non-Eagles games for Eagles fans on 2022 NFL schedule
What they're saying: The Sixers were soft
Read Previous