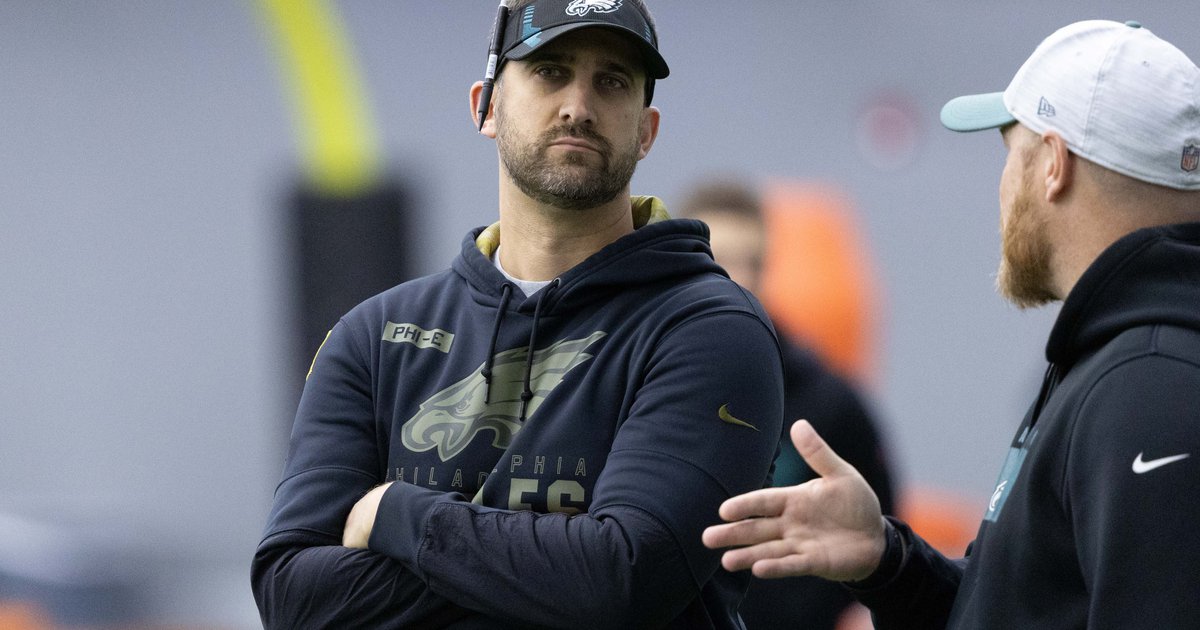 Is it a semi-pointless exercise to predict each regular season game’s outcome as early as May, a day after the schedule was released? Yes, yes it is. Because I’m a hack sellout, let’s just go ahead and do it anyway.

• Week 1: Eagles at Lions: The Eagles absolutely smashed the Lions last season, gashing them for 236 yards and 4 TDs on the ground. Detroit may be a feisty team potentially on the rise in 2022, but by “on the rise,” I mean, like, 6-11 instead of 3-13-1. They still have one of the worst rosters in the NFL.

• Week 2: Vikings at Eagles: The Eagles will likely be favorites in this matchup, but we all know that Justin Jefferson is going to catch 11 passes for 175 yards and 2 TDs, while Jalen Reagor drops a TD pass, right?

• Week 3: Eagles at Commanders: Oh baby! Is a Week 3 matchup with the Commanders early enough in the season that Carson Wentz won’t be hurt yet? I hope so! A quick look back at recently traded Eagles quarterbacks and what they did in revenge games against the Eagles:

So, a mixed bag there. It’s too bad this game isn’t in Philly. Still, Wentz isn’t good under pressure, so give me the Birds.

• Week 4: Jaguars at Eagles: Ayyyyy, a second-straight revenge game, as Doug Pederson returns to Philly to face the team that fired him after (checks notes) he won the team’s first ever Super Bowl, made the playoffs the next two years with injury-devastated rosters, and then had one bad season. Unfortunately for Doug, his new team stinks. It’ll be good to see him again, though!

• Week 5: Eagles at Cardinals: The Eagles had a six-game losing streak against bird teams heading into the 2021 season, which they ended with a win against the Falcons Week 1. They’ll try to keep that streak going in Arizona.

One of the storylines to watch the rest of this offseason is whether or not Kyler Murray signs a new contract extension. If not, it could be a bumpy season for the Cards. I’m not sold that they’re good, and this game has some upset potential.

• Week 6: Cowboys at Eagles: So if all goes as mapped out above, the Eagles will be 4-1 heading into this Sunday night matchup with the Cowboys, which will be kind of a big deal. I think the Eagles lay an egg in a big spot, as they have consistently done against the Cowboys in recent years.

• Week 8: Steelers at Eagles: The Steelers haven’t had a losing season since 2003, but that has to be coming soon, right? In 2021, they managed to go 9-7-1, but they had a point differential of -55. If Kenny Pickett can’t win the starting job in Pittsburgh, then their quarterback is freaking Mitch Trubisky. I like the Eagles’ supporting cast better than the Steelers’, and I like Jalen Hurts more than Trubisky or Pickett.

• Week 9: Eagles at Texans: This matchup has some “trap game” potential, as it’s on the road on a short week, and Houston isn’t exactly a stone’s throw away. Still, I’m looking at this roster right now, and, yuck.

• Week 10: Commanders at Eagles: Once again, the Eagles are 6-2 and feeling good about themselves heading into a divisional matchup. This seems like the right time for Taylor Heinicke, filling in for an injured Wentz, to lead a late 4th quarter drive for a win in a game that the Eagles have three sloppy turnovers.

• Week 11: Eagles at Colts: I like the Colts’ chances of winning the AFC South with Matt Ryan, and think he can have a Philip Rivers-like season in Indy. Give me the Colts, in a game that Indy controls from start to finish.

• Week 12: Packers at Eagles: The Eagles feel like they’re on their way up, and maybe the Packers are sort of on their way down a bit, but we learn that the Birds still aren’t in Green Bay’s class yet after Throw Rogan eviscerates Philly’s secondary.

• Week 13: Titans at Eagles: After three straight losses, people are calling into WIP pining for Gardner Minshew in advance of this matchup, and the Eagles are underdogs, with their backs against the wall.

The Titans are a difficult team to figure out. They were a weak 1 seed last year who lost a bigtime playmaker in A.J. Brown, and they still employ an average quarterback in Ryan Tannehill. You can only run your offense through a running back for so long, and I think that getting the Titans later in the season will give the Eagles a better chance of winning this game.

• Week 14: Eagles at Giants: The Giants are terrible.

• Week 15: Eagles at Bears: The Bears are terrible.

• Week 16: Eagles at Cowboys: After winning three straight, the Eagles have another huge matchup against their biggest threat in the NFC East. And once again, the Birds just don’t have it in them to put the Cowboys away. The Eagles ruin Christmas, and the Cowboys take control of the NFC East.

• Week 17: Saints at Eagles: The Eagles still need this win to punch their ticket to the playoffs, and a Saints loss also helps the Eagles’ draft positioning in 2023.

• Week 18: Giants at Eagles: And finally, with a wildcard berth wrapped up but the division out of reach, the Eagles play their third stringers and Giants improve to 3-14.

• Wildcard round: Eagles at Rams: The Eagles keep it close, but Hurts is outdueled by Matthew Stafford. It’s not as lopsided a loss as the one the Eagles took in the playoffs in Tampa last season, but it’s a reminder that the Eagles aren’t quite yet Super Bowl contenders, and the “Should the Eagles trade up for a quarterback” debate begins in earnest.