Report: Joel Embiid could return in Heat series in Game 3 or 4 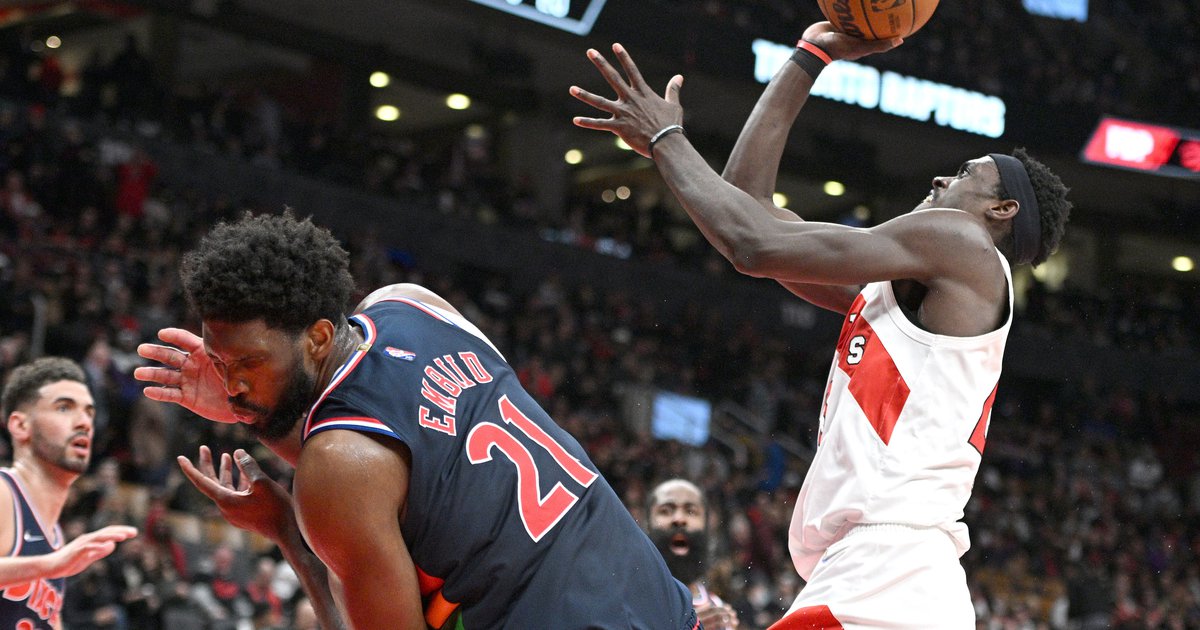 With no surgery necessary for Joel Embiid’s orbital bone fracture at this time, optimism has persisted that the Sixers might get the big man back at some point in their round two matchup with Miami. Will it be in time to make a difference? That’s been the question asked all weekend, though we’re still a bit early to make any formal declarations.

According to Adrian Wojnarowski over at ESPN, that could happen as soon as Game 3 in Philadelphia on Friday night, though Game 4 next Sunday may end up being the more realistic target:

ESPN Sources: Joel Embiid won’t travel for Games 1 and 2 in Miami, but there’s optimism he could return as soon as either Game 3 or 4 in Philadelphia. He needs to clear concussion protocols and see doctor mid-week on his orbital fracture. More on NBA Countdown at 12:30 ET on ABC.

It’s a rosy view to be sure, as it all hinges on that midweek doctor visit and what transpires from there. Embiid has not been at the facility the last two days while recovering from the concussion, and clearing that bar is the first step toward returning.

Regardless, it does set the stage for an important opening two games in Miami. The Heat are coming into the series with their own health burden. Kyle Lowry was officially ruled out for Game 1 on Sunday morning as a result of the hamstring issue that knocked him out of their opening series win over Atlanta, and their injury report is a lengthy one:

Even if we give the benefit of the doubt to most of these players and expect Lowry to be the only casualty from that group, it is a golden opportunity for the Sixers to get a win on the road without Joel Embiid. Miami’s ability to win with their depth should never be discounted — their early-season victory in Philadelphia was spearheaded by a seven-three performance from Gabe Vincent — but you’d obviously rather play them with less of their good players if you can. And Lowry absolutely qualifies as one of those, providing value as an on-ball facilitator, off-ball threat, and defensive piece within a tough outfit.

Getting that Game 1 win will hinge on James Harden’s ability to pick up the slack. Sixers head coach Doc Rivers noted Saturday that Philadelphia would pivot to a more Harden-centric offense, and both Rivers and Harden sound quite alright with that arrangement based on what they’ve said heading into the series.

“At this point, man, it’s a sacrifice to win,” Harden said Sunday. “When I would score 30 and lose, there was something to say, when I score 19 and win there’s something to say. So at this point, I just do whatever it takes to win a game… if Jo’s out, I got to be more aggressive scoring the basketball, getting to the basket, and making the right decision.

“I think the last series really helped us, Toronto’s switching and their length and their athleticism. We’re going to see a kind of similar defense. Same mindset: attack the paint, create and generate open shots, and just play free and have fun. The main focus is defensively like if we can generate stops, consecutive stops in a row, it allows our transition offense to get out and be more successful.”

Bringing Embiid back into a series where the Sixers have already been competitive has to be the goal here. Asking him to save them from the abyss is going to be asking a lot from a guy with a concussion, fractured face and torn thumb ligament. If he can simply give a team a boost that is hanging tough against the Heat? That’s a different story, and it could change the complexion of round two.