With James Harden on board, the Sixers are slowly starting to figure it out 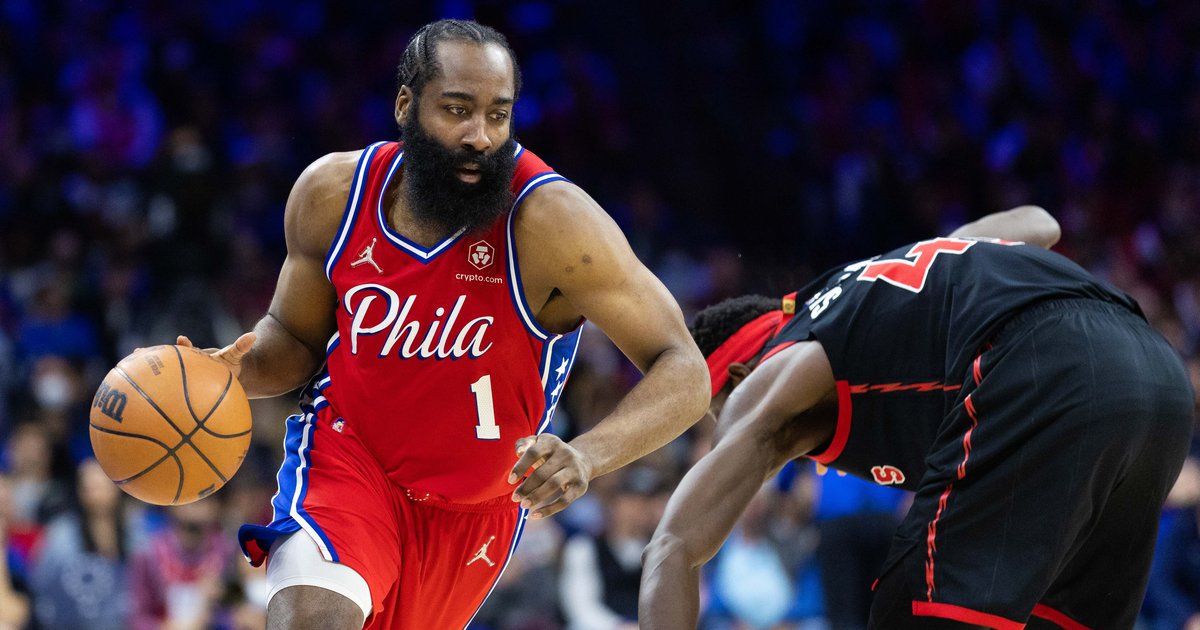 Joel Embiid made clear on Wednesday night that his buzzer-beating shot to win Game 3 was no star-making moment, a great play that ultimately means little because of how much more the Sixers have left to achieve.

“It’s only the first round. Once I get past the second round, I can start feeling that way, then you start thinking about what’s to come next after the second round. The conference finals and obviously NBA Finals and winning the whole thing,” Embiid said. “During this whole series, I haven’t really thought about coming in here and trying to get my revenge. I think I’m more focused about trying to win the whole thing, one game at a time.”

He’s not wrong in this respect — nobody is going to be celebrating or feeling good about Philadelphia’s basketball team if they are out before the conference finals again. One first-round moment, even one that felt as cathartic for Embiid as this one, will not decrease expectations for the run. If anything, they’re moving in the opposite direction, fans and media starting to believe in this group despite how fearful many were of a Raptors series win.

The Sixers, it should be said, have earned at least some benefit of the doubt. In Game 2 back in Philadelphia, the Raptors tried to beat up Embiid in the early minutes of the game, hoping to take him out of the right frame of mind. In Game 3, they appeared doomed to an ugly, avoidable loss in Toronto, the Raptors on the verge of getting back into the series with Scottie Barnes expected to rejoin the lineup for Game 4. Both times, the Sixers found ways to stiffen up and steer around obstacles, flashing more versatility and toughness than they’ve been given credit for as a group.

Since mid-February, Doc Rivers has repeatedly talked up James Harden for bringing what they were missing to the floor, even with Harden struggling to find his scoring touch for much of that stretch. Tyrese Maxey’s numbers, Tobias Harris’ improved shooting and Joel Embiid’s shot quality all speak to Harden’s value as a table-setter.

We’ve all been waiting, though, for Harden the bucket getter to show up in a critical moment. And the man who used to make 30-point games look like a walk in the park showed up at an important time in Wednesday’s Game 3, scoring on what felt like a stream of must-have possessions throughout the middle portion of that game.

“I was just being aggressive whether it’s scoring the basketball or making plays and finding guys,” Harden said. “It’s just a matter of who has it going, whether it’s me or Jo. He rolls to the post, we give him the ball in the post, they double team and we just make plays after that. It’s just playing free, playing for each other and I think we all got to sacrifice and we’re doing a really good job of that. And that’s why I think offensively we’ve been so solid.”

Key for Harden has been a combination of taking what the defense gives him and forcing the Raptors to play on his terms. The Sixers, never much of a switch-hunting team in the past, have used ball screens to dictate the matchups they want around the perimeter, whether that’s setting up Harden to score or opening windows for attackers on the second side.

(Something that flew under the radar in Game 3 after a second watch — when Philadelphia ran their final offensive play of regulation, forced switches opened a window for them that Joel Embiid either didn’t see or chose not to pursue. The Raptors briefly left Maxey open for a wing three with two guys on Embiid, and a quick swing pass would have gotten Maxey a decent look or a drive toward the rim against a scrambling, out of position Raptors defense.)

With Harden in the role of lead decision-maker on the perimeter, their other players can remain focused on the smaller details they can control rather than the bigger creative burden they once held. For someone like Tobias Harris, that means something like a lackluster transition defense possession can be at the front of his mind even after a victory.

“We had that play, where I threw the ball to Danny and he ends up missing a layup, I was so frustrated going back on defense that I let Gary Trent get a three, and that was with three minutes left,” Harris said. “I kind of lost my cool for like 30 seconds, and I just said, I can’t allow that to happen in the midst of a playoff game… and then overtime, I just said I’m not letting anybody score on me who has the ball.”

True to his word, Harris buckled down and came up with the game’s most memorable defensive sequence, a strip of Gary Trent Jr. in isolation that only came after Harris’ initial defense against Pascal Siakam blew up what the Raptors were trying to do.

Recalling what happened during the final stretch of Game 3, Harris credited Doc Rivers for helping him and the group focused on the task at hand.

“Doc does a great job of just leveling us in timeouts, during the game, allowing us to move on to the next play,” Harris said. “When I was hot over that three minutes, he was screaming at me so much, and I was like alright, I’m done. It’s over, my pity party is canceled now. He does a great job of enabling the team to understand we got to move on to the next play, and we have to stay solid with each other.”

“With us as a group, we know kind of how to talk to each other and use the proper techniques. We don’t always have to scream at each other, we can communicate in a civil way. During those times, it’s being able to understand the next guy. A lot of that has to do with the coaching staff.”

To his great credit, Rivers has pushed almost all of the right buttons in this series. With the game on the verge of getting out of hand in the first half, the Sixers opted to bust out a zone look with Joel Embiid parked on the bench. That ended up being enough to stop the Toronto avalanche, leading almost immediately to a Paul Reed steal and runout.

On the whole, the Sixers have been the better-prepared team, using Toronto’s tendencies against them. When the Raptors have played Harden to score, he eats them up as a playmaker. When they’ve tried to take away his windows, he eats against Fred Van Vleet and Trent. Rinse and repeat.

Will all of these things translate to tougher matchups down the road? That’s a different story. Philadelphia’s most likely second-round opponent, assuming they close this one out, is a Miami team with a superior roster, an equal and arguably better coach, and a defender in Bam Adebayo who will make Joel Embiid work harder than anyone could in this Raptors series. Miami will put a different level of pressure on this group on both ends of the floor.

Still, what matters in this first-round series is that the Sixers are showing levels of flexibility and toughness that they didn’t show much of in the regular season. They’ve been able to have some heated exchanges on the floor, as Harden had with Harris and Green on a possession early in Game 1 and move on from that quickly with a better understanding of what they need to do.

“When it’s time and they go on runs, we buckle down and get a really good possession offensively,” Harden said. “When it’s time to get stops, we see what they’re running, and we go out there and try to be as physical as possible and be on the same page.”

That’s harder than it sounds, but the Sixers are making it look easier than most thought it would be.

A celebration of life, love and baseball in honor of Charlie Landers
Should the Eagles have interest in trading for Bengals S Jessie Bates?
Eagles agree to terms with former Giants CB James Bradberry
Sixers president Daryl Morey reportedly has plans to go get another star
Read Previous