Practice notes: Sixers preparing for Toronto team who can exploit their weaknesses 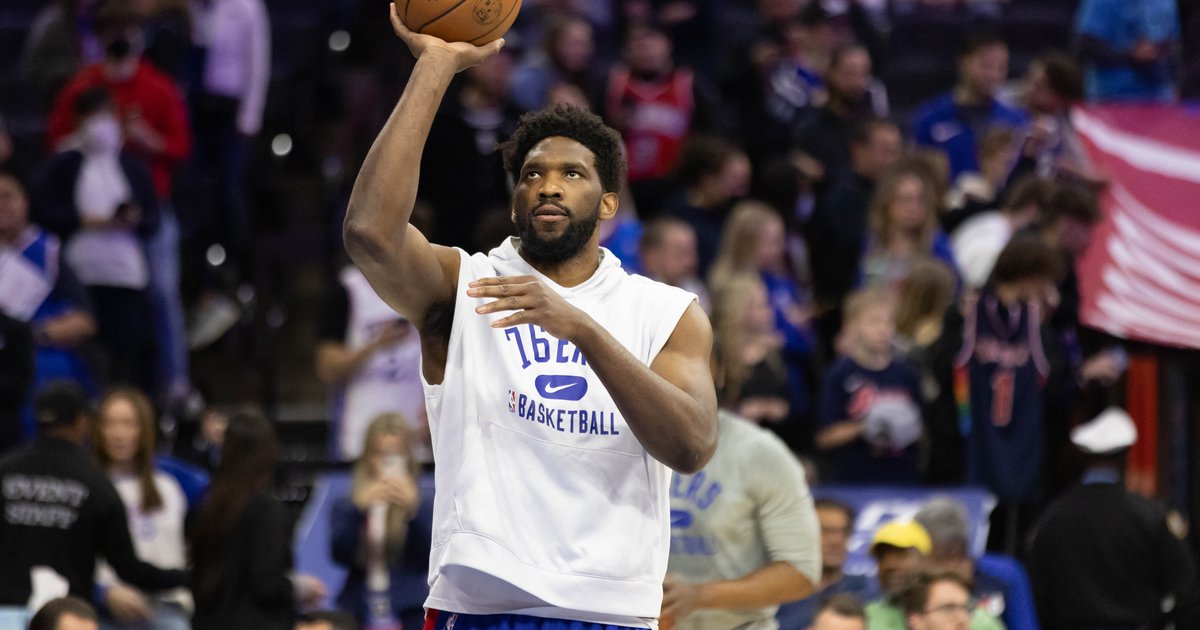 Insofar as a playoff series can be boiled down to one sentence, Sixers guard Tyrese Maxey laid out the challenge ahead of his team with a brief summary on Tuesday.

“Getting back in transition and defensive rebounding, we do those two things and I think we’re in really good shape,” Maxey told reporters after practice.

He might be onto something. The Raptors have overcome a bottom-five offense in the halfcourt by relentlessly pursuing second-chance points and pushing the pace when they get stops and turnovers. Toronto grabs 32.5 percent of available offensive rebounds, the second-best mark in the league, and they scored the highest percentage of points off turnovers in the league this season. If you knew only those two things and watched the Sixers on a semi-regular basis this year, you would assume Philadelphia in trouble.

Is, as G.I. Joe used to say, knowing half of the battle? Certainly not in their regular-season meetings. Philadelphia’s April 7th loss to the Raptors in Toronto was a great distillation of what they’re up against. The Raptors rebounded 34.7 percent of available misses, doubling the Sixers in second-chance points in a game decided by only five points.

For the head coach, the battle to clear the glass starts with how they hold up on the first possession, how they get a stop as important as whether they get the stop or not.

“Tradtional teams, most of them send either one or two guys to the glass, they send four or five at times,” Tobias Harris added. “It’s on all of us to make sure we get physical and we’re able to bump them, that’s a huge emphasis for us in this series…we knew after the first time we played them, that’s what they liked to do, we just haven’t been able to really execute that to the best of our abilities.”

The importance of rebounding might hinge on how the Sixers decide to deploy Embiid on defense. In an average series with a standard big man up against him, Embiid is able to serve as a final line of defense and the most important rebounder around the rim. It’s a little more complicated against Toronto if they play small — in their last two meetings, Embiid guarded Raptors big Khem Birch only slightly more than he guarded forward Pascal Siakam.

In smaller configurations, Embiid will spend a good amount of time guarding his fellow countryman Siakam, and he’ll have to walk a fine line. Siakam is a slightly below-average outside shooter, and Embiid will be tasked with enticing him into enough shots that the Sixers want to see without giving him a longer runway to build steam and attack the rim. Even in the Birch matchup, a pick-and-roll that pulls Embiid toward a threatening driver leaves them susceptible to Toronto punishing their suspect rebounders from the weakside after the shot goes up.

A lot of the battle, the Sixers believe, will come down to their ability to execute on the other end of the floor. Prevent Toronto from getting on the break and exploiting their athleticism advantage, the logic goes, and you can make them play a tougher game in the halfcourt, where Embiid’s presence looms much larger.

“The offensive rebounding, rebounding as a whole has been our weak spot in those games,” Harris said Tuesday. “We know they’re a team that presents a lot of length on the perimeter, especially defensively. We went over today, just running our stuff and being sharp, being consistent and just having a pace to how we play.”

“Defensively, we have to be at our best, but we know if we’re able to rebound and get out and run, be at the pace we want to be at, we’ll be successful. It’s going to be a tough series, but we’re up for the challenge and we’re ready. It starts with days like today in practice, our energy, our focus each and every day of this week until we play.”

Can they become a better rebounding team with a bit of practice, a bit more focus, and better attention to detail once the real games begin? That’s one of the biggest questions facing Philadelphia if they want to get out of the first round, let alone be a title contender.

• Neither Joel Embiid or James Harden spoke after practice Tuesday, with their thoughts on the series expected to come at some point before the two teams meet on Saturday evening. Reporters did, however, get a glimpse of the two men working out after practice, each working on areas that may end up defining the series against Toronto.

For Embiid, it was a series of possessions on the block with Sam Cassell serving as his perimeter outlet while he faced sporadic double teams in the post. Kick-outs and re-sealing were a point of emphasis for Embiid during the drill, and whenever he and Cassell did not come away with two points on a possession, the big man would run to the other end of the floor before returning for another post touch:

Teammates who have been around Embiid for years have noticed the difference in him as a leader this season, which has translated to their first playoff practices of the year with a tough series ahead.

“He’s done a great job managing his whole work ethic, his routine, his preparation, and his recovery process as well this year. Outside all of the points and MVP whatever, I think that’s one thing he’s super proud of as well,” Harris said Tuesday.

Harden was the last guy left on the floor, Embiid and several teammates watching from close by, with Sixers coaches throwing multiple bodies at him and simulating switches for Harden to beat off-the-dribble. Quick decision making appeared to be a point of emphasis, whether that meant Harden getting a quick step-back three up or going to the rim to punch one. He threw down a pretty nasty left-handed dunk at one point before phasing into a catch-and-shoot three drill, which this reporter regrets not being able to film.